The Supreme Court on Wednesday declined a plea filed by the Padmanabhaswamy Temple Trust seeking to exempt it from the audit of 25 years as ordered by the top court last year. A bench headed by Justice U U Lalit said the audit should be completed as early as possible, preferably within three months.

"It is clear that the audit contemplated was not intended to be confined to the temple only but with respect to the trust. This direction has to be seen in light of the reports of the amicus curiae in the case as recorded in order dated 2015," the bench, also comprising Justices S Ravindra Bhat and Bela M Trivedi, said.

The administrative committee of the Shree Padmanabhaswamy Temple in Kerala had on September 17 told the apex court that it is in great financial stress and the offerings are not sufficient to meet the expenses, while seeking an audit of the temple-related trust run by the Travancore royal family.

"All temples in Kerala are closed and while this temple's monthly expenses are Rs 1.25 crore, we are able to hardly get 60-70 lakh rupees. Therefore, we have sought certain directions," senior advocate R Basant, appearing for the committee, had said.

The temple is in great financial stress and "we are not able to function," Basant had said, alleging that the Trust is trying to avoid its obligation by not making their record available for audit.

The Trust has 2.87 crore in cash and 1.95 crore in assets as per the 2013 auditors' report and that is why the entire thing has to be gone into to find out how much money it has, he had said.

The Trust is constituted as per court's order and it must contribute to the temple, Basant had told the bench.

Senior advocate Arvind Datar, appearing for the Trust, had argued that it is a public Trust made by the royal family and has no role in administration. The Trust was just mentioned by the amicus curiae in the case, not as part of the petition, he said.

"The Trust was constituted only to oversee the pujas and rituals of the temple involving the family, with no role in the administration. It came into picture before the Supreme Court only after the amicus curiae demanded that the accounts of the trust also should be audited," he had said, adding that it need not be audited as it is separate from the temple.

Datar had submitted that the Trust is a public trust started by the ruler and its objects are there inside the temple.

"Even the initial petitions never mentioned trust. The affairs were never the matter of litigation. We are an independent trust, and have our own trustees subject to our income tax regulations. We don't want the administrative committee to have a supervisory role over our trust. We will perform our job as a trust and if we don't perform we will lose our benefits under law. We were never part of the temple," Datar had said.

The top court had earlier set aside the 2011 verdict of the Kerala high court which had directed the state government to set up a trust to take control of management and assets of the historic temple.

It had delivered the verdict on a batch of appeals, including the one filed by the legal representatives of the Travancore royal family, challenging the January 31, 2011 verdict of the high court in the matter.

The apex court upheld the rights of the Travancore royal family in the administration of the temple, considered one of the richest temples in the country.

It had directed the administrative committee to order an audit of the temple's income and expenses for the past 25 years, as suggested by amicus curiae senior advocate Gopal Subramanium.

The sprawling temple, an architectural splendour in granite, was rebuilt in its present form in the 18th century by the Travancore royal house, which had ruled southern Kerala and some adjoining parts of Tamil Nadu before integration of the princely state with the Indian Union in 1947.

The controversy over the administration and management of the historic temple was pending in the apex court for the last nine years in the wake of charges of alleged financial irregularities.

The high court had directed the state government to take steps to set up a body or trust to take control of the temple, its assets and management and to run the temple in accordance with the traditions.

The top court was in July 2017 told by senior advocate Gopal Subramanium, who is assisting the court as an amicus curiae in the matter, that kallara (vault) B of the temple should be opened as it was closed 'on the apprehension that there is some mystical energy.' 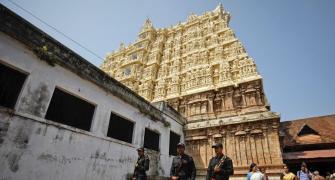 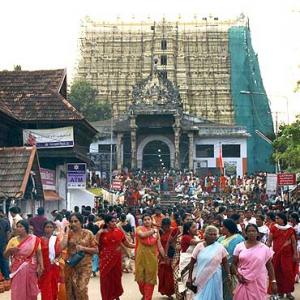