Over 50 people killed in Pak clashes

Over 50 people, including 41 Taliban fighters and 10 security personnel, were killed in fierce clashes in the restive Bajaur tribal region and the Swat vally in northwest Pakistan on Wednesday.

Security forces backed by gunship helicopters and artillery killed 38 militants in Bajaur Agency, which the army claimed had been cleared of the Taliban following a nearly two-year-long military operation.

Ten security personnel were also killed and 23 militants arrested during the clashes. Two Taliban hideouts were also destroyed, officials said. Troops launched an operation today after receiving a tip-off that militants were present in Samasai and Ghundo areas of Bajaur Agency.

He also showed the media 18 bodies of militants. In the Swat valley, militants gunned down two members of a pro-government peace committee in Charbagh sub-division, a former stronghold of the Taliban. Soon after the attack, security forces launched a search operation.

The troops came face to face with a group of militants in Kandao area and asked them to surrender. The militants started firing indiscriminately and three of them were killed when the troops retaliated.

Weapons and ammunition were recovered from the dead militants. Pakistani troops launched an operation to flush out the Taliban from Bajaur Agency in August 2008. Officials had said that the region had been largely cleared of militants.

The Taliban have distributed leaflets warning the Levies Force, a local militia, not to conduct operations against militants. The militants also said they would continue their fight against the US and its allies in Bajaur Agency.

The Taliban have also pasted posters in markets and at mosques that said the militants would take action against people who backed the government. The government has set June 30 as the deadline for militants in Bajaur Agency to surrender. Authorities have said they will destroy the homes of militants who do not lay down arms. 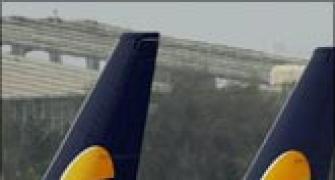 GST rate likely to be over 12%: FinMin