Over 40,000 cyber attacks reported from China in 5 days

Hackers based in China attempted over 40,000 cyber attacks on India's Information Technology infrastructure and banking sector in the last five days, a top police official in Maharashtra said on Tuesday. Internet users should be watchful for such attacks including phishing attempts and conduct cyber security audits of their IT systems, officials of Maharashtra Cyber, the state police's cyber wing, said.

The spurt in online attacks from across the border was noticed after tensions rose between the two countries in eastern Ladakh, said Yashasvi Yadav, Special Inspector General of Police, cyber wing.

Maharashtra Cyber collated information about these attempts and most of them were found to have originated in Chengdu area in China, he said.

"According to our information at least 40,300 cyber attacks were attempted in the last four-five days on the resources in Indian cyberspace," he said.

The attacks aimed at causing issues such as denial of service, hijacking of Internet Protocol and phishing, Yadav added.

Indian Internet users should pay attention to the threat of such attacks, create robust 'firewalls' and conduct cyber security audits, the IGP said.

According to Maharashtra Cyber officials, these hackers are suspected to have database of some 20 lakh Indian email IDs.

Indian government officials as well as private Internet users should especially guard against phishing, where attempt is made to obtain confidential information such as passwords or pass-codes by sending a fraudulent email or text message, they added.

There could be phishing attempts by impersonating, online, government agencies, departments and trade associations overseeing the disbursement of government fiscal aid, they said.

One such fraudulent email ID was found to be 'ncov2019@gov.in' which sent bogus information about free Covid-19 testing for residents of Delhi, Mumbai, Hyderabad, Chennai and Ahmedabad, officials warned. 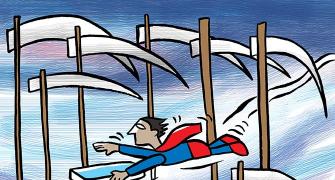 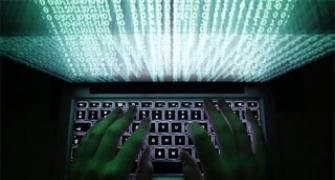