News
Business
Movies
Sports
Cricket
Get Ahead
Money Tips
Shopping
Sign in  |  Create a Rediffmail account
Rediff.com  » News » Over 400 die of COVID in US, cases jump to nearly 34,000

The United States has seen a significant spike in coronavirus cases with the total confirmed infections jumping to nearly 34,000 while over 400 fatalities were recorded, even as one in every three Americans has been told to stay home. 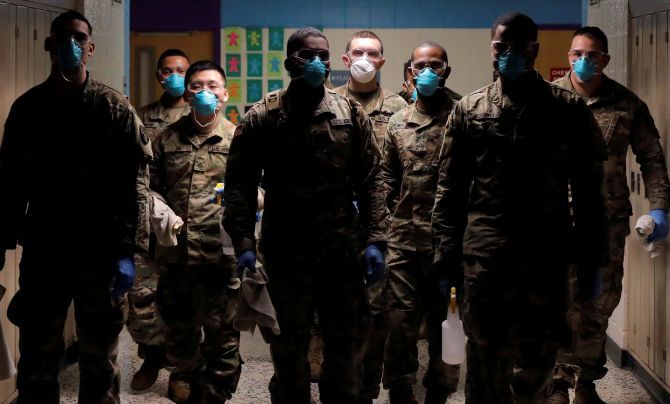 According to Worldometer, a website which compiles new cases of COVID-19, till Sunday evening at least 33,546 Americans, including Republican Senator from Kentucky Rand Paul, were confirmed infected with coronavirus while the death toll increased to 419.

Paul was the first US Senator to have tested positive for coronavirus and he has gone into quarantine.

Meanwhile, at a news conference in the White House, US President Donald Trump identified New York, California and Washington as the three major coronavirus hot spots.

New York tops the list with more than 15,000 confirmed coronavirus cases, with 5,418 new cases added in the 24 hours alone. As many as 114 people in New York have died of which 58 were reported in a day.

"We're about 10 days away from seeing widespread shortages. If we don't get more ventilators people will die," he said.

In White House, US Vice President Mike Pence told reporters that so far, more than 2,50,000 Americans have been tested for coronavirus. 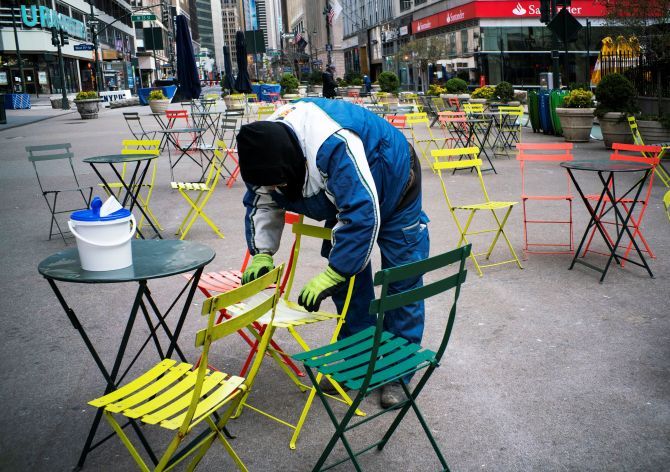 IMAGE: A worker cleans up tables and chairs for people as the coronavirus disease outbreak continues in New York. Photograph: Eduardo Munoz/Reuters

Trump said that he was rushing all necessary supplies to New York. He has issued Major Disaster Declarations for New York, California and Washington.

"We have large quantities of medical equipment and supplies on the way to those states... Respirators, surgical masks and gowns, face shields, coveralls and gloves in large quantities are already being delivered to Washington and New York," he said.

The US president also approved deployment of National Guards in New York.

The supplies en route to California and New York will be delivered within the 48 hours, Trump announced. The president has been holding daily White House news conference for about 10 days now, with each lasting for more than an hour. Trump said two naval hospital ships were being deployed in New York and Los Angeles, while thousands of surgical masks have been delivered to all these states.

A process is on to massively increase the availability of testing kits, which are fast and quick, he said.

Terming this a challenging time for all Americans, Trump said, "We're enduring a great national trial, and we will prove that we can meet the moment."

Assured the people that he was doing everything possible to confront and ultimately defeat this "horrible invisible enemy".

"We're at war. In a true sense, we're at war and we're fighting an invisible enemy. For those worried and afraid, please know as long as I am your president, you can feel confident that you have a leader who will always fight for you. I will not stop until we win," Trump said.

"This will be a great victory. And it's going to be a victory that, in my opinion, will happen much sooner than originally expected," he added. 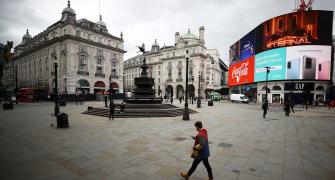 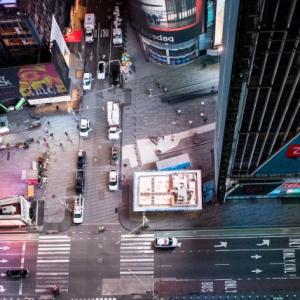 Coronavirus cases in US cross 5,000