News
Business
Movies
Sports
Cricket
Get Ahead
Money Tips
Shopping
Sign in  |  Create a Rediffmail account
Rediff.com  » News » SKM to decide on future course of action over the weekend

SKM to decide on future course of action over the weekend

Welcoming Prime Minister Narendra Modi's announcement to repeal the three contentious farm laws, the Samyukt Kisan Morcha, an umbrella body of farm unions, on Friday said its future course of action will be decided after the core committee meetings on Saturday and Sunday. 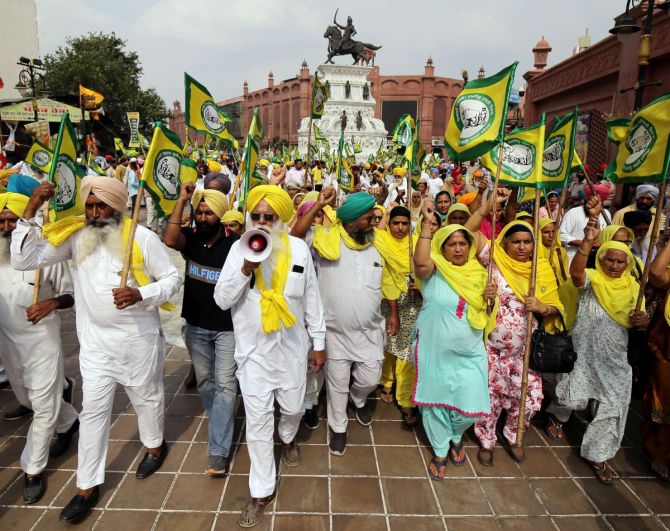 Farmer leader and SKM's core committee member Darshan Pal said it was good that the Centre has decided to repeal the farm laws but demanded the legislations be formally revoked in the upcoming winter session of Parliament.

The other demand was that the Union government should come to an understanding on the minimum support price (MSP) for crops, he said, adding, "We want a legal guarantee on MSP."

"We will not leave the protest sites unless these demands are met. To bring a consensus on the future course of the agitation and discuss MSP and other demands of farmers, the farmers' body will meet on Saturday and Sunday. The final decision will be taken at the SKM's core committee meeting on Sunday," Pal told PTI.

In a statement, the SKM welcomed the government's decision to repeal the three laws.

"We hope that the government will not let its announcement go waste and go full length to fulfil our demands, including legislation to guarantee MSP," it said.

The farmers' body said that if the farm laws are formally repealed, it will be a "historic victory" for the farmers who struggled for a year.

The SKM, however, underlined that, "Mobilisation of a large number of farmers to protest sites on November 26 to mark the first anniversary of the agitation is being intensified."

Thousands of farmers from Punjab, Haryana and Uttar Pradesh under the aegis of various farmers unions have been protesting at the borders of the national capital since November 26 last year to demand repeal of the three farm laws.

In his address to the nation on the occasion of Guru Nanak Jayanti, Modi said the three farm laws will be repealed in the coming Winter Session of Parliament.

Earlier in the day, the farmers' body said, "The Samyukt Kisan Morcha welcomes this decision and will wait for the announcement to take effect through due parliamentary procedures."

"The agitation of farmers is not just for the repeal of the three black laws, but also for a statutory guarantee to remunerative prices for all agricultural produce and for all farmers. This important demand of farmers is still pending," it said.

The SKM underlined that the demand for the withdrawal of the Electricity Amendment Bill is still pending.

Claiming that nearly 700 farmers have died during the agitation, the SKM said, "The central government's obstinacy is responsible for these avoidable deaths, including the murders in Lakhimpur Kheri."

A large gathering of farmers at Hansi in Haryana on Friday demanded the withdrawal of cases against the 'peacefully protesting" farmers and also register a case against BJP Rajya Sabha MP Ram Chander Jangra, it said.

The protest in Hansi was organised to get the FIR against three protesting farmers, in connection with a black-flag protest on November 5 against the BJP's Rajya Sabha MP Jangra, withdrawn. 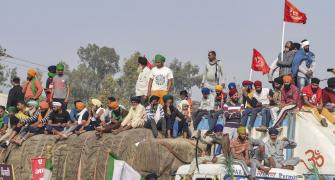 Annadatas have made arrogance bow its head: Rahul 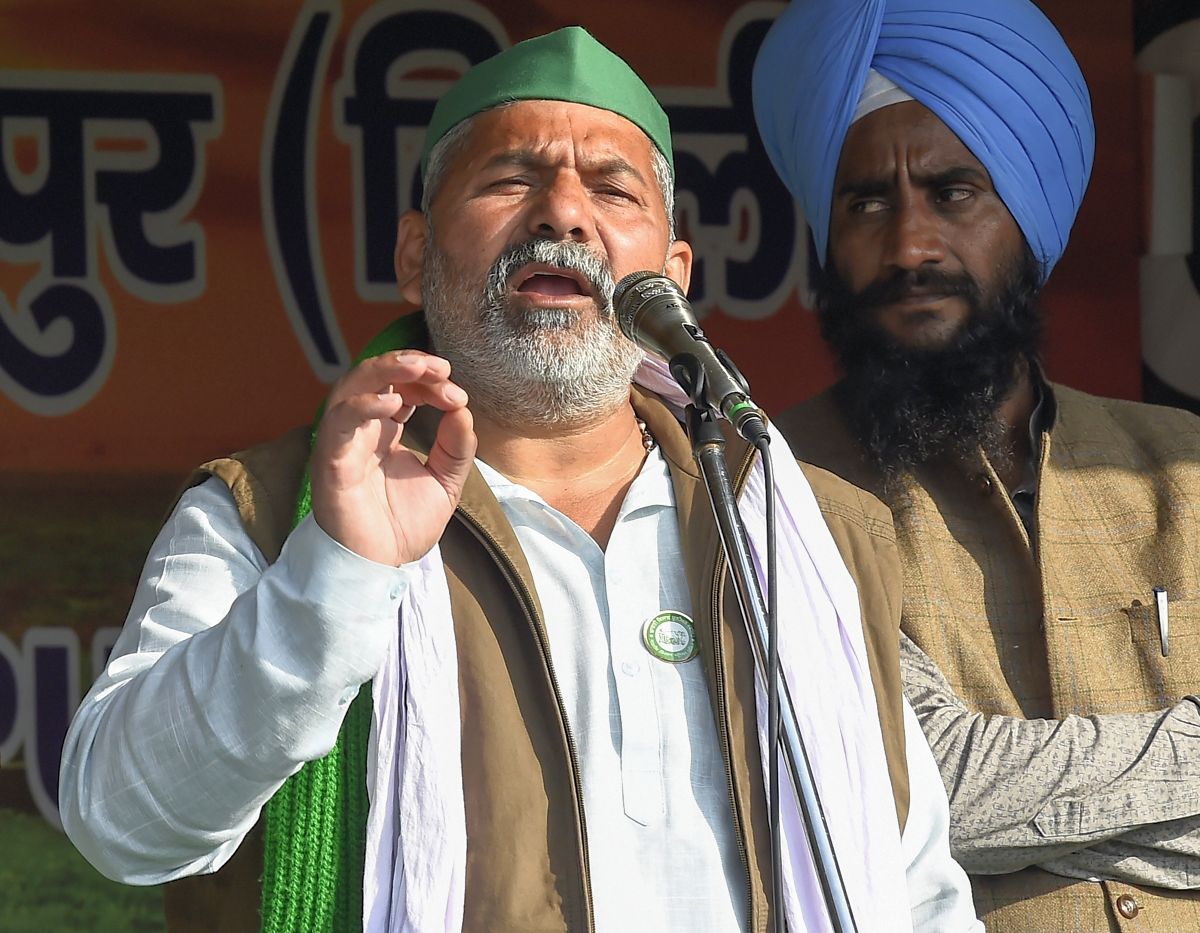 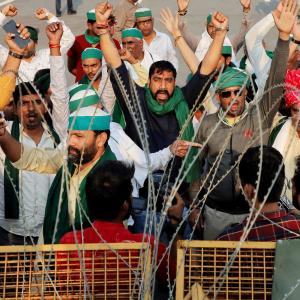