News
Business
Movies
Sports
Cricket
Get Ahead
Money Tips
Shopping
Sign in  |  Create a Rediffmail account
Rediff.com  » News » 13/7 blasts: 'Others have God, we have the Tatas' 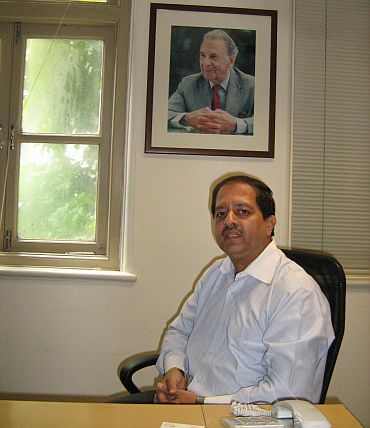 A year after the 13/7 blasts, rediff.com correspondents fanned out across Mumbai to trace the forgotten victims. In the ensuing conversations, a mention of the financial assistance given by the Tata group emerged as common thread. A Ganesh Nadar, who then set out to find out about Tata's involvement with the terror victims, came back amazed and inspired. Here's his report.

Deepak S Bhatia's visiting card does not give any designation, but he is truly the man in charge.

Far away from the media glare, Bhatia and others in the Taj Public Service Welfare Trust have been selflessly going about providing relief to hundreds of terror victims who have been forgotten in officialdom and time.

Set up in the aftermath of the November 26, 2008, bloodbath in Mumbai, the trust provides monthly sustenance or loans or set up endowments to relieve economic and social hardships, to help terror victims rebuild their life.

Following the 13/7 blasts in three of Mumbai's crowded localities, the trust got hold of a list of victims from the city collectorate. Counsellors, drawn from the Tata Institute of Social Sciences, then met every one of them.

The relief package for every victim was charted out as per their needs; there is no fixed amount of compensation.

Aiming to build sustainable livelihood, the trust gives a monthly amount for those who have lost their bread winner. It also reimburses all medical expenses of the victims.

Post 26/11, the NGO realised that the school and college dropout levels among kin of terror victims had gone up. Hence, they now also finance educational requirements -- be it the school fees of class 3 student or fees for attending medical college.

Says Bhatia, "We are in touch with hundreds of schools across the country. We have spoken to the principals directly and assured them that the fees will be paid by us. This year we have already paid for the entire year."

If the child is weak in any particular subject, the trust also pays for tuitions.

"We also give the kids money for books, uniforms, shoes, umberella, geometry boxes, pencils, pens, school bag and anything else they need for school The idea is that the bread

winner would have bought all this and the Tatas do not want the child to lose anything by his absence."

Namdev lost both his limbs in the 13/7 blasts. The NGO first gave him a Jaipur foot. But when they realised that it was not quite helping him, they provided him with prosthetic limbs. He is 85 per cent fit today. They are also trying to find a job for him near his home in suburban Khar.

Besides, the talso offers vocational training.

They trained 60 youth affected in the 26/11 attacks in the hospitality industry for three months.

"Now 55 of them are working in our hotels," says Bhatia, adding that the same is now being provided to youths affected by the 13/7 blasts.

The students will be educated at Aurangabad for three months after which HR personnel will conduct interviews. Then based on the location of the trainee, he or she will be assigned to work in one of the Taj properties.

One man, who received bullet injuries in the 26/11 attacks, now makes spare parts for Kirloskar tractors. The Taj Trust helped him buy a van to deliver his goods. His daughter graduated in commerce and then underwent hospitality training. She was later employed at Tata's Ginger hotel in Pune.

For the terror victim's family, the trust signs out monthly cheques. The cheques are initially given out for six months after which an assessment is carried out on whether the family still needs financial help. In case the family is still in need, the cheque period is extended for another six months.

"The idea is to make them comfortable and at the same time not make them dependent on the trust. Some 26/11 families have come back and returned our cheque saying that we no longer need it," Bhatia says with a smile.

Bhatia says many individuals, including corporates and those living abroad, have contributed to their programmes.

Ratan Tata, who is one of the trustees, attends the NGO's meeting once a year. The wives of two of the Taj staffers who lost their lives in the 26/11 attack now work with this trust.

When the victims think they are lost and alone, the Tatas stretch a helping hand.

That is why some of them say, "Others have God we have the Tatas." 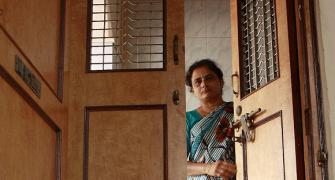 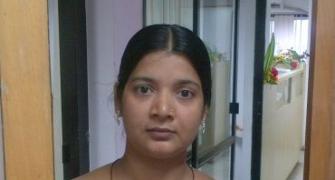 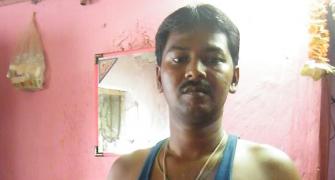 I feel handicapped with guilt and debt: 13/7 survivor

13/7: A year on, confusion prevails over relief 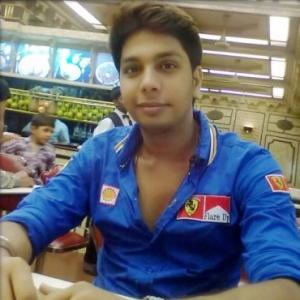 'Why does the media come to remind us of our sorrow'