The Supreme Court on Wednesday said the Bhagat Singh Koshyari Committee Report which dealt with One Rank-One Pension (OROP) was submitted to the Rajya Sabha and “the report cannot be enforced as a statement of government policy”. The apex court said there is no legal mandate that pensioners who held the same rank must be given the same amount of pension as it upheld the Centre's decision to give OROP in defence forces.

It said the varying benefits that may be applicable to certain personnel, which would also impact the pension payable, need not be equalised with the rest of the personnel.

A bench of Justices D Y Chandrachud, Surya Kant and Vikram Nath said, “Now it needs to be understood that the Koshyari Committee Report is a report submitted to the Rajya Sabha by the Committee on Petitions. The report cannot be enforced as a statement of government policy”.

It added that the communication dated November 7, 2015 sent by the Centre to the three chiefs of defence forces cannot, therefore, be assailed on the ground that it is contrary to the original intent of the policy formulated by the Union Government.

“The policy of the Union Government is what is embodied in the communication dated November 7, 2015. The statements made on the Floor of the House and minutes of ministerial committees are pointers to the fact that the Union Government had in principle decided to implement OROP but the precise framework of its implementation was a matter of evolving discussion within Government. The formulation of modalities which took place in the communication dated November 7, 2015 represents the policy choices adopted by the Government,” it said.

The top court said the Koshyari committee report tabled in Rajya Sabha on December 10, 2011, furnishes the historical background, the reason for the demand, view of the Parliamentary Committee which proposed the adoption of OROP for personnel belonging to the armed forces and beyond this, the Report cannot be construed as embodying a statement of governmental policy.

It held that governmental policy formulated in terms of Article 73 by the Union or Article 162 by the State has to be authoritatively gauged from the policy documents of the government, which in present case is the communication dated November 7, 2015.

The verdict came on a plea which was filed by the Indian Ex-servicemen Movement (IESM) through advocate Balaji Srinivasan against the Centre's formula of OROP and sought implementation of OROP as recommended by the Koshyari Committee with an automatic annual revision, instead of the current policy of periodic review once in five years.

Summarising the principles of governing pensions and cut-off dates, the bench said that all pensioners who hold the same rank may not for all purposes form a homogenous class.

“It is not a legal mandate that pensioners who hold the same rank must be given the same amount of pension. The varying benefits that may be applicable to certain personnel which would also impact the pension payable need not be equalised with the rest of the personnel”, it said.

The bench said that the benefit of a new element in a pensionary scheme can be prospectively applied but the scheme cannot bifurcate a homogenous group based on a cut-off date.

The bench held that there was no Constitutional infirmity in the OROP principle as defined by the communication dated November 7, 2015, which was sent by the government to the Chiefs of three defence forces.

It said that the cut-off date is used only for the purpose of determining the base salary for the calculation of pension.

The bench said that the legislative and other material prior to November 7, 2015 proposed that future enhancements in the rates of pension would be automatically passed on.

“The expression “automatically” was clearly not linked to a time period for the revision of pensions. None of the documents on the record prior to the communication dated November 7, 2015 suggests that the process of revising pensions was to be continued on an ongoing basis as opposed to revision at periodic intervals”, it said.

The bench added that a hierarchy in law exists between statutes and rules -- a statutory provision will have precedence over delegated legislation if the latter conflicts with the former.

It said that similarly, executive instructions cannot override a statute or rules made in pursuance of a statute.

“But in the present case the entire canvas is governed by a policy. The terms for implementing the policy were specified on November 7, 2015. Hence, that element of the policy cannot be challenged on the notion that there is an inflexible notion of OROP couched in an original understanding. OROP is itself a matter of policy and it was open to the makers of the policy to determine the terms of implementation,” the bench said. 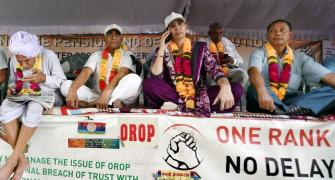 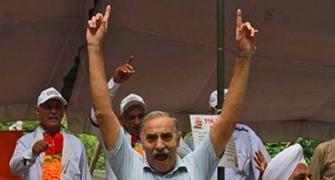 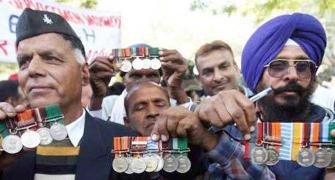 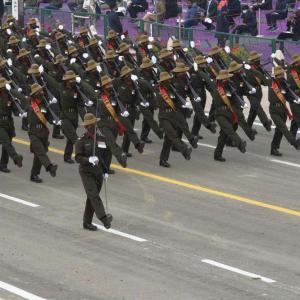 SC upholds govt's decision on One Rank, One Pension 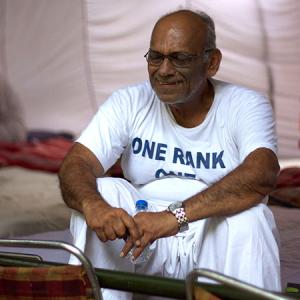