Orissa government on Tuesday decided to continue air-dropping of food packets in marooned villages as part of relief and rescue operation amid slight respite from flood fury that claimed 27 lives.

While flood water receded in all the rivers in north Orissa, Brahmani continued to pose threat to certain pockets in Jajpur, Bhadrak and Kendrapara districts. "There is slow discharge of water to the sea due to the new moon," said Revenue and Disaster Management Minister S N Patro.

K Mohapatra adding officials had been instructed to ensure that relief materials reached every marooned village.

The government withdrew two choppers from air-dropping of food items as most of the 588 marooned villages of Jajpur were accessible by boats. "Now five jumbo-size Air Force choppers are engaged for air-dropping," the SRC said.

While seven choppers were pressed into service of air-dropping food packets in marooned villages on Monday, two copters of Navy were sent back. Besides helicopters, over 460 boats and about 700 personnel have been engaged in the rescue and relief operation.

An estimated 22 lakh people were affected by the second spell of flood in Brahmani, Baitarani, Subarnarekha, Budhabalang rivers and their tributaries.

The government has decided to expedite relief operation as the water has receded. While 1.75 lakh people had been provided food at 542 community kitchens after their evacuation, the state government is now focussing on Jajpur and Kendrapara districts.

The people in marooned villages will be given cooked food till water completely recedes from their villages, Chief Minister Naveen Patnaik said.

The chief minister demanded 2,400 kilo litre of additional kerosene from the Centre due to flood. In a letter to Union Petroleum Minister Jaipal Reddy, Patnaik said that requirement of more kerosene is felt in flood-affected districts.

Besides NDRF personnel, the government has deployed Orissa Disaster Rapid Action Force and fire brigade in rescue and search operation, he said.

"Damage due to flood was enormous," said A K Satpathy, one of the central team members, after visiting Sambalpur district.

Some other members of the central team led by Joint Secretary of the Union Ministry of Home Affairs, O P Mahey are scheduled to reach Bhubaneswar on Tuesday. 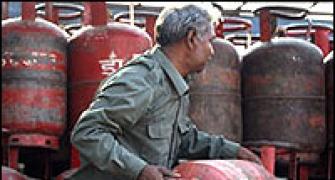 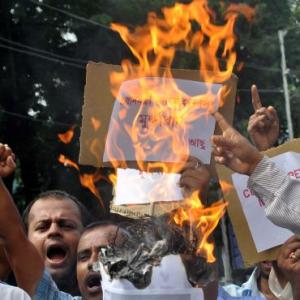 Give Ishrat progress report in 1 month: HC to SIT