Opposition comes up with plan to fight Citizenship Bill

Unsure about having the numbers in the Rajya Sabha, the Congress, the Trinamool Congress and other parties have decided they will create awareness about the “divisive” nature of the proposed legislation, reports Archis Mohan. 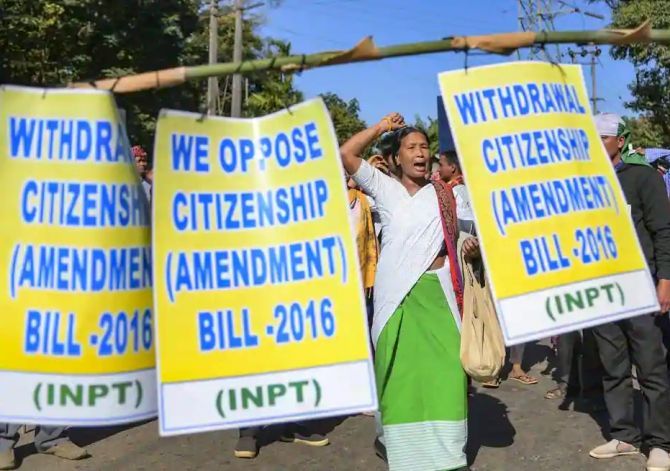 The Congress, the Trinamool Congress and other parties opposed to the contentious Citizenship Amendment Bill have decided that for the next few days they would rather put their efforts in creating awareness about the “divisive” nature of the proposed legislation rather than think about the numbers game in the Rajya Sabha in the hope to stall the Bill.

Opposition leaders, especially those in the Rajya Sabha, met on Thursday afternoon in Leader of the Opposition Ghulam Nabi Azad’s chamber in Parliament to discuss their strategy. They agreed that they were unlikely to win the vote in the Rajya Sabha as most of the regional parties are either likely to support the bill or abstain from voting. The battle in the Lok Sabha is already a foregone conclusion since the Bharatiya Janata Party has an outright majority.

The Congress has said it will oppose the bill, as have the Left parties, Bahujan Samaj Party and Aam Aadmi Party. The Samajwadi Party is also opposed to the bill as is the Trinamool Congress. Some of the Congress allies will also oppose the bill -- Rashtriya Janata Dal, Dravida Munnetra Kazhagam, Nationalist Congress Party and others. However, their collective strength is significantly short of the halfway mark in the Rajya Sabha.

While the Bharatiya Janata Party-led National Democratic Alliance lacks the numbers to reach the halfway mark in the Rajya Sabha, it is confident of keeping its flock together and also hopeful of some of the regional parties supporting the bill. The opposition has decided that they would participate in the discussion, but might stage a walkout at the time of voting.

The BJP has reached out to regional parties to support the bill. The Biju Janata Dal, Telangana Rashtra Samiti, YSR Congress Party and Telugu Desam Party could support the bill. Political parties in the northeastern states, including Sikkim, are also set to support the bill after Home Minister Amit Shah has met their respective leaderships. Its recent departure from the NDA notwithstanding, the Shiv Sena could also support the bill to keep its Hindutva image intact, sources in opposition parties said.

The Opposition has decided to reach out to the people through mainstream media and social media to explain its point of view. It wants to flag how the CAB is “inextricably linked” to a countrywide National Register of Citizens, which will not just harass minorities but also inconvenience Hindus as the example of Assam has shown.

Trinamool Congress Rajya Sabha MP Derek O’Brien said the NRC in Assam was a disaster as it left out 1.9 million people, of which a majority were Hindus who are now running from pillar to post to establish their identity. As many as 27 people have committed suicide after they found their names excluded from the Bill.

Making public her party’s position on the issue, BSP president Mayawati on Thursday described CAB as unconstitutional and divisive, and demanded that it be sent to a parliamentary committee for review. “Citizenship in the name of religion and discrimination in the name of religion of the citizens through it is totally against the basic structure of the humanitarian and secular Constitution of Dr Bhimrao Ambedkar,” the BSP leader said in Lucknow. 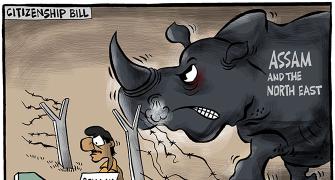 Citizenship Bill to be introduced in LS on Monday