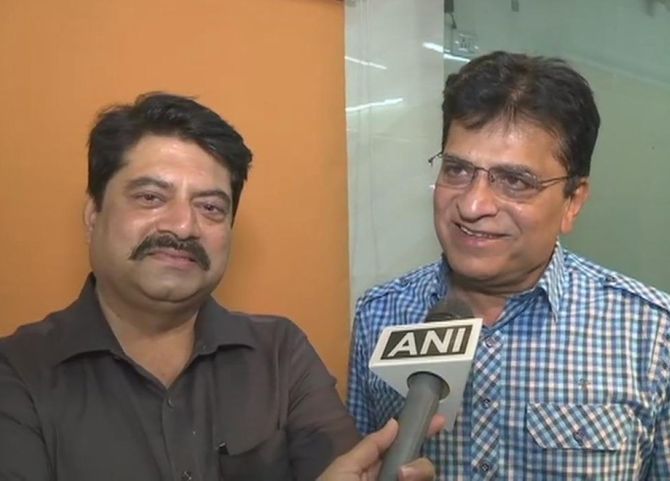 Kotak, who is the group leader of the BJP in the civic body, would take on Nationalist Congress Party candidate and former MP Sanjay Dina Patil, who had lost to Somaiya in the 2014 elections.

Somaiya is the only BJP MP to be dropped by the party which is contesting three out of total six seats spanning the island city and suburbs in Mumbai.

Sena leaders are staunchly against Somaiya's renomination for his caustic remarks directed at the party brass.

In the run-up to the 2017 BMC elections, which the BJP and the Sena had contested separately, Somaiya had talked about 'mafia of Bandra'. The remarks were perceived to be directed at Sena president Uddhav Thackeray whose resident 'Matoshree' is located in suburban Bandra.

Sena workers had even threatened to not campaign for the BJP if Somaiya was repeated from the constituency.

Sena MLA from Bhandup constituency Sunil Raut had announced to contest as an Independent if Somaiya was given ticket again.

Commenting on denial of ticket to Somaiya, BJP spokesperson Madhav Bhandari said all decisions related to fielding candidates are taken by the party's Central Parliamentary Board.

"A lot of thought process goes into selection of a candidate. Only our national president can comment over why Somaiya ji is not fielded this time," Bhandari said.

"In the decision taken by the Central Parliamentary board of the BJP, Manoj Kotak's name was announced from Mumbai North East Lok Sabha constituency. Somaiya has contested assembly and Lok Sabha elections and even won them in the past.

"However, the decision this time has been taken keeping the ground realities in mind," he told reporters.

Tawde also said Somaiya would be 'adequately compensated' by the party in view of his seniority.

He clarified that the Sena had nothing to do with the move to replace Somaiya.

Sena MP Sanjay Raut said this decision was an internal matter of the BJP.

"I don't want to comment on the past. Our job is to ensure that the National Democratic Alliance candidates win all 48 Lok Sabha seats," he said.

When contacted, Somaiya evaded a direct reply to a query on whether the Sena was responsible for the development.

"The decision of the party is like an order for responsible party men like me," he said.

"In larger interest of the nation, one can take few steps back. I am glad that the party has chosen a young face," he said.

A source in the BJP said a section of party workers too did not want Somaiya to contest, as he has kept a distance from them.

"There was unrest against him since he supported realignment of Ghatkopar--Kasarvadavali metro line which passes through residential areas, instead of running it close to the Eastern Express Highway," he said.

Interestingly, Kotak was the first BJP leader to raise his voice against an alleged multi-crore scam in the Sena-ruled BMC.

He was fielded in the Legislative Council elections by the BJP last year, but was asked to withdraw because of political compulsions to accommodate alliance partners.

"Since both Somaiya and Kotak belong to the same community and caste, there is no possibility of any unrest in the particular community," a senior BJP leader said.

He was apparently referring to Gujarati voters who dominate some assembly segments in the Mumbai North East seat.

Congress leader Sanjay Nirupam took a jibe at the BJP-Sena, saying Somaiya was denied ticket because he exposed corruption of 'Matoshree' (read Thackeray).

"What happened to the BJP's promise of eradicating corruption? Will the CBI probe Somaiya's allegations?" he asked.

Meanwhile, the BJP also announced its nominees for the Lok Sabha election against key opposition leaders like Sonia Gandhi of the Congress and Samajwadi Party's Akhilesh Yadav.

The BJP has named Dinesh Pratap Singh, a local strongman who had left the Congress to join it last year, as its candidate against Sonia Gandhi in Rae Bareli.

The seat has long been a bastion of the Gandhi family with the former Congress president representing it in Lok Sabha since 2004.

The BJP named Chandra Sen Jadun as its candidate from Firozabad.

The SP had won from Azamgarh, Mainpuri and Firozabad in 2014, with members of its ruling Yadav family emerging victorious. 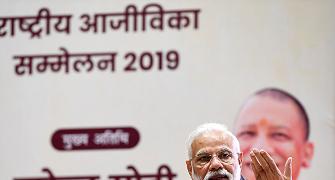 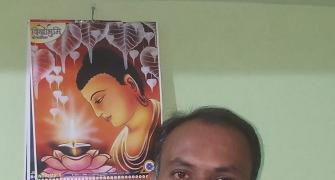