Prime Minister Yousuf Raza Gilani on Saturday said he did not need permission from the Leader of Opposition to enter parliament following his conviction of contempt by the Supreme Court because he is a unanimously elected premier and a lawmaker.

Gilani made the remarks two days after his conviction while talking to a lawyers' delegation at Governor's House in Lahore.

He was responding to Leader of Opposition Chaudhry Nisar Ali Khan's comments that the PML-N would not allow the premier to enter the National Assembly as the party believes Gilani was no longer fit to be a member of the House.

The premier said the "finality of the contempt case had yet to come" and that the matter is still sub-judice.

"We will appeal, challenging the conviction and it is well known that proceedings under appeal are considered the continuity of the original case," Gilani said.

The apex court convicted Gilani for refusing to act on its orders to revive cases of money laundering in Switzerland against President Asif Ali Zardari and gave him a symbolic sentence of less than a minute.

Legal experts are divided on whether the conviction will lead to Gilani's disqualification.

Gilani said he would uphold the supremacy of the Constitution come what may because the ruling Pakistan People's Party had restored the constitution of 1973.

The President enjoys immunity from prosecution under Article 248 of the Constitution and the government cannot approach Swiss authorities to reopen cases against a leader who is the symbol of the federation, Gilani said.

"I followed the advice not to write a letter (to the Swiss authorities) as the Constitution provides immunity to the President," he said.

"We respect our institutions, including the judiciary, because under the instructions of (slain former premier) Benazir Bhutto, we led a campaign for restoration of the judiciary," he added.

Gilani said PML-N chief Nawaz Sharif, who has demanded his resignation, was "desperate" because he was losing his popularity as the PML-N's loss in a bye-election in Multan on April 26 had proved.

"Nawaz Sharif has apprehensions that the PPP is going to present a people-friendly budget for the fifth time and about PPP's focus on creating a Seraiki province," Gilani said, referring to his party's plans to carve out a new province in the southern part of Punjab, which is ruled by the PML-N.

Gilani noted that Sharif had struck an agreement with former military ruler Pervez Musharraf that allowed him to go into self-exile following his conviction in exchange for agreeing not to participate in politics for 10 years.

"First, Nawaz Sharif vociferously denied the existence of the agreement but later confessed that it was not for 10 years but five years," he added. 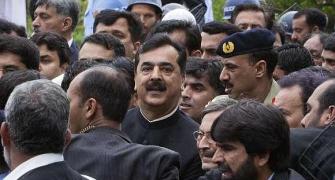 Why Gilani will remain Pak PM despite conviction 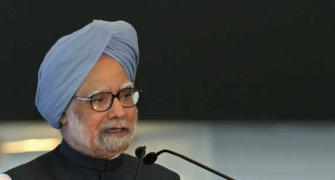 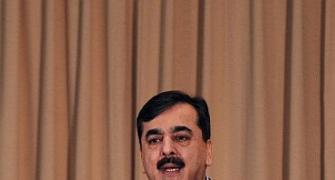 Pakistan PM dares Oppn to move trust vote against him