The police have arrested an alleged operative of the Khalistan Liberation Force for the grenade attack on a religious congregation in Amritsar, an act blamed on Inter-Services Intelligence-backed terrorists by Punjab Chief Minister Amarinder Singh on Wednesday. 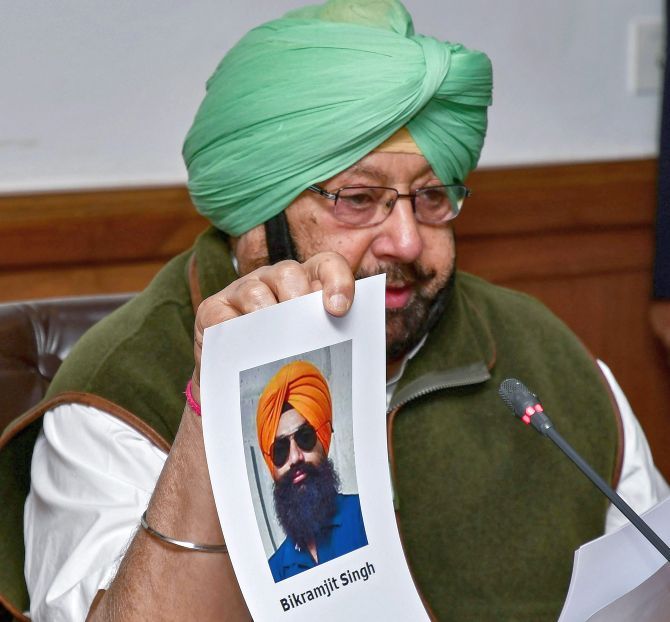 “We are on to the second person and it is a matter of time before we get him,” the chief minister said while announcing the arrest.

Bikramjit Singh, a resident of Dhariwal village in Rajasansi police station area was arrested early on Wednesday morning near Loharka village in Amritsar, he said.

He is alleged to be one of the two motorcycle-borne men involved in the attack last Sunday at Nirankari Bhavan in Adliwal village on the outskirts of Amritsar.

Punjab Director General of Police Suresh Arora said the motorcycle has been recovered.

The second man, who threw the grenade that killed three people and injured about 20 others, has been identified as 32-year-old Avtar Singh Khalsa.

Bikramjit Singh indicated to the police that the grenade was provided by Harmeet Singh Happy, also known as ‘PhD’ and suspected to be the Pakistan-based KLF chief.

Ruling out any communal motive, the chief minister described the attack as a “pure act of terror.”

“It was an attempt by Pakistan’s ISI to carry out terrorist actions in Punjab to disturb peace in the state,” he said.

CCTV footage of the attack helped arrest Bikramjit Singh, who then identified Khalsa, a resident of village Chak Mishri Khan in Amritsar, as his accomplice.

The duo retrieved the HG 84 hand grenade, made at the Pakistan Ordinance Factories, from an orchard near Majitha where it was buried for them, DGP Suresh Arora said.

They also did a recce of the Nirankari Satsang Bhavan on November 13 morning when no one was present there, he said. 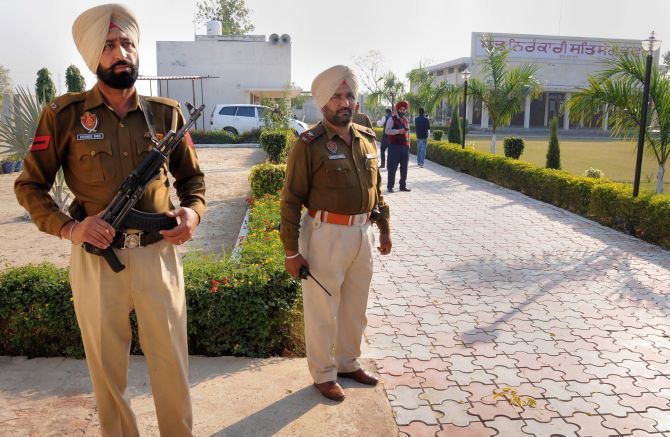 During his interrogation, Bikramjit Singh revealed that while Avtar Singh Khalsa slipped into the Bhavan complex along with the devotees, he subdued the two ‘sewadars’ deployed at the gate.

After hurling the grenade, the two fled on Bikramjit Singh’s motorcycle to Khalsa’s village, Arora said.

Happy had earlier come to notice of the police for supplying a hand grenade of the same Arges Type HG-84 specifications to Shabnamdeep Singh, the self-styled chief of Khalistan Gadar Force, who was arrested by Punjab Police in October, the Director General of Police said.

Such grenades have been used in Jammu and Kashmir in the past, he said.

Earlier in 2016-17, Happy had masterminded a conspiracy to target RSS and Shiv Sena leaders in Ludhiana and Jalandhar in collaboration with Pakistani establishment and its ISI, Amarinder Singh said.

He said attempts by the ISI and the Pakistan establishment to forge linkages between Punjabi and Kashmiri terrorist groups is a matter of serious security concern for the state.

He added the state police was working closely with central agencies to check the spread of such forces.

His government was committed to ensuring that nobody disturbs the state’s hard-earned peace and harmony, the CM said.

They have seized 77 weapons and explosives from these terrorists. These include 12 hand grenades, he said. 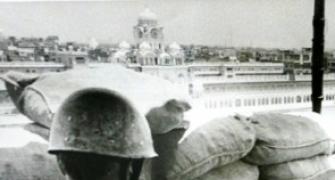 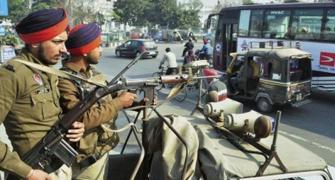