Omar govt has turned Valley into a jail: PDP

"It is because of the conversion of Kashmir in jail by the government, they (Amnesty International) compared India -- the biggest and honourable democracy -- to Israel and Egypt over Kashmir," Leader of Opposition Mufti told assembly during a discussion.

"It (labeling of India to Israel, Egypt on Kashmir) is not an honour to us. We are part of establishment here. We are part of the Indian democracy, which world considers in the highest esteem," she said, adding, "this is black spot which is now on everyone's face".

Targeting Chief Minister Omar Abdullah, she said his government has triggered a "fear psychosis by mass arbitrary arrests and regular attendance of youths in police stations in the Valley."

She also demanded a discussion in the House over the Amnesty report and said it is time to end detentions, arrests and attendances in police station.

"We need to rise above politics. A congenial atmosphere vis--vis involvement is a must to resolve the issues. Jammu and Kashmir should be created as a bridge for better India-Pakistan relations," Mufti said.

She called for strengthening democracy by undertaking measures of healing touch and reconciliation. "It will only come up when there will be end to arbitrary arrests, slapping of PSAs, ending clandestine recruitments and strengthening institutions and rising above political affiliations in the state."

The PDP leader welcomed the setting up of Truth and Reconciliation Commission.

Mufti further said it was the duty of the Abdullah-led government to honestly participate in solving the Kashmir issue. "Do justice to the people of Jammu, Kashmir and Ladakh for overall development and peace in the state," she added. 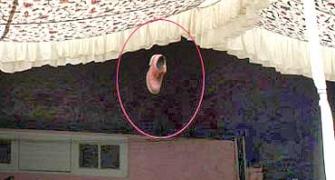 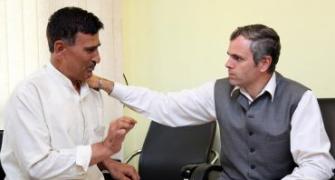