The odd-even road rationing scheme is set to return in the national capital for the third time and will be in effect from November 4-15, with chief minister Arvind Kejriwal on Friday announcing a slew of measures to combat high-level of air pollution during winters. While the Bharatiya Janata Party termed the move a "publicity gimmick" meant to "harass" people, the Congress dubbed it a "ploy" to divert attention of the people from the pressing problems in the city.

Referring to the steps taken by his ministry to decongest the national capital's roads, including building the eastern and western peripheral expressways, Union road transport and highways minister Nitin Gadkari said there is no need for the odd-even scheme as the new ring road built by the Centre is helping reduce pollution in Delhi to a certain extent.

Gadkari said his ministry is pursuing road works of with a cost of about Rs 50,000 crore, besides cleaning the Yamuna river.

Other works to curb pollution are also underway, the Union minister said.

During the 12 days when the odd-even scheme will be in force, vehicles will ply alternately on odd and even dates as per their registration numbers.

There was no clarity over exemptions under the odd-even rule with the chief minister saying that the related details will be shared later.

In its previous two versions, in January and April in 2016, holidays were exempted from the odd-even scheme, Kejriwal said.

In the past, two-wheelers and female commuters were exempted from the rule. Violations of the rule were punished with a fine of Rs 2,000.

According to the graded response action plan devised by the Central Pollution Control Board, the odd-even scheme for private vehicles is implemented when the pollution level at 'severe plus' category persists for 48 hours or more.

The air pollution level in Delhi remains low 11 months a year, but picks up in November due to crop stubble ('parali') burning in neighbouring states. Dense cloud of smoke covers Delhi, which becomes a gas chamber, the chief minister said.

"The Centre, and governments in Punjab and Haryana are making their efforts to prevent crop burning and the Delhi government will extend all possible help to them," he said.

Asserting the efficacy of the odd-even scheme, Kejriwal said studies have shown that it could reduce air pollution by 10-13 per cent.

"We will utilise our experiences of implementation of odd-even schemes twice in the past in Delhi," Kejriwal said when asked about overcharging by cab aggregators after the scheme is implemented.

The chief minister said under the long-term plans to improve air quality in the city to "good" category, the government will soon notify its bus aggregator and e-vehicle policies.

There was a mixed response from experts, environmentalists and activists after the announcement of the odd-even scheme.

A study by IIT-Delhi had found that the rationing of vehicles on Delhi's roads reduced air pollution by only 2-3 per cent when the scheme was introduced for the first time in January 2016.

Dinesh Mohan, professor emeritus at IIT-Delhi, who led the study said since there was no improvement in air quality and the impact on congestion was so little, there is no reason to reintroduce the scheme except garnering international publicity.

Jyoti Pande Lavakare, co-founder Care for Air NGO, said the odd-even is more of an "awareness building issue" than a scheme to actually reduce pollution.

She said instead of "knee-jerk" reactions, what Delhi needs is a bouquet of long-term solutions that are implemented throughout the year.

D Saha, former air lab chief of CPCB, said it is a "good move" but there is a need to minimize exemptions given under the odd-even scheme to accomplish the objectives.

Kejriwal said over 1,200 suggestions were received from the people regarding ways to combat air pollution in Delhi during winters. He also received feedback from environmental experts and resident welfare associations, based on which the action plan was prepared.

"The Delhi government will make large-scale procurement of around 50-60 lakh 'best quality' N-95 anti-pollution masks which will be distributed among the people in October, before the spike in air pollution next month due to crop stubble burning," he said.

The Delhi government will hold a mega laser show on the eve of Diwali to sensitise people about bursting of firecrackers.

Sprinkling of water and mechanised sweeping of roads will be undertaken to curb dust pollution. Twelve major pollution hotspots will be dealt with special plans and measures, the chief minister said.

Burning of waste and garbage will be checked by deploying two 'environmental marshals' in each ward. Besides, the government will engage RWAs and people to prevent the practice.

Also, a 'Delhi Tree Challenge' campaign will be started by the government in which saplings will be home-delivered to people, Kejriwal said.

A war room will also be set up to deal with complaints on air pollution. Awareness will be created among schoolchildren and they will be roped in to motivate their parents to help in efforts to curb pollution, he said. 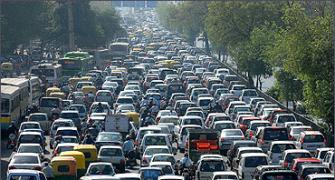 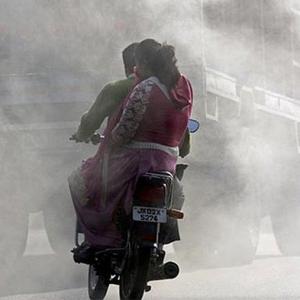 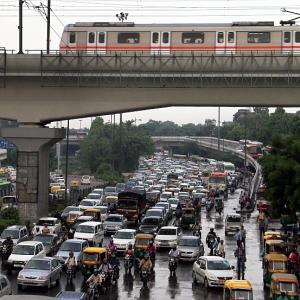 Delhi's odd-even formula: The challenges ahead