Vijaya Emani, a community activist and single mother of two from Strongsville, Ohio, who counseled and worked among domestic abuse victims in the Indian American community was honored posthumously by President Barack Obama with the 2011 Presidential citizens medalthe nation's second highest civilian honor.

Emani died tragically on January 15, 2009, at the age 51, when she was hit by a truck on the Ohio Turnpike. She was among 13 recipients from across the country and the only Indian American to receive this Presidential award for exemplary service to their fellow citizens.

"This year's recipients of the citizens medal come from different backgrounds, but they share a commitment to a cause greater than themselves. They exemplify the best of what it means to be an American, and I am honored to be able to offer them a small token of our appreciation," said Obama.

The awards will be presented on October 20 at a White House ceremony, and Emani's daughters Sujata, 29, and Nirmala Emani, 24, will receive the award on behalf of their late mother.

The White House said, "Vijaya Emani became a role model for victims of domestic abuse because of her strength and determination in overcoming domestic abuse in her own life, and by speaking out about the issue publicly, she broke a long held taboo in the Indian American community.

"Emani lived and breathed many causes including projects to aid the homeless and promoting diversity. Although she was killed in a tragic vehicle accident, her example and message live on," it said, and noted that "Emani posthumously receives the citizens medal for her courage in overcoming and speaking out against abuse."

In interviews with India Abroad, Emani's daughters, Sujata and Nirmala said they were so proud of the high honor the President was bestowing on their mother and vowed to continue the work she was doing.

"I am very proud of all of my mom's accomplishments. She's had a huge impact on my personal philosophy on service and community that shaped who I am," Sujata said.

"I hope that I continue to honor her by dedicating myself to developing my community. Although my sister and I feel overwhelmingly honored to be able to receive this award at the White House from President Obama in my mom's stead, we feel that we have always been extremely blessed to be her daughters and to have learned our life lessons from her," added Sujata.

Sujata who recently completed her doctorate in chemistry and biochemistry from the University of California, San Diego and now is the research director at a local startup in Cleveland, Ohio, said she had spent the last few years at UCSD advocating for women in science and under-represented groups in higher education as well as working with the greater graduate community.

"Here in Cleveland, I'm just getting started involving myself in the young entrepreneur community and am working to develop a non-profit foundation to continue the work that my mom started to empower women," she said.

Nirmala, echoing similar sentiments said, "My family and I are extremely proud of her. We always knew how amazing she was but it's an incredible honor to have her recognised nationally for all the work she had done."

"She was a mother unlike any other and I wish that she could be here to accept this prestigious award in person," she added. Nirmala, the younger of the two, currently lives in Fort Lauderdale, Florida, working for Bank of America, and an alumni from Purdue University's Krannert School of Management (Class of 2009)

"I have developed a true passion to help others and would like to follow in my mother's footsteps," she said.

Former Cleveland Law Director and erstwhile Acting Mayor, Subodh Chandra, who, sources said was among those who nominated Emani and played an instrumental role behind the scenes in pushing the White House to recognise Emani, told India Abroad, "Vijaya was like a humble angel walking on earth. Her smile was contagious. No matter what adversity she faced, she overcame it, and she did not permit others to drown in their sorrows."

Harsha Desai, a domestic abuse survivor, told India Abroad, "I cannot think of anyone more deserving of this award than Vijaya. She had helped many women who were either battered immigrants or going through domestic violence. She was very easy to talk with and some one I could immediately relate to."

"Anytime she talked to me she only reflected courage, enthusiasm and encouragement. It was through her, I could meet many other people who later on became instrumental in walking me through a tough time. I could successfully overcome a situation in which any average Indian women would have gone back to her country," she said.

Another close friend and associate with whom Emani worked with, Kenneth J Kovach, executive director of the Cleveland International community council, told India Abroad, "I was so thrilled when I got the news that the citizens medal of honor had been awarded posthumously by President Obama to our beloved Vijaya."

Kovach said, "If she's listening in heaven, I say, congratulations Vijaya! We miss you so very much! We will always remember and love you!"

Friends at the time of her death said, Emani, a computer engineer, was on the Ohio Turnpike on her way to work at Kent State University about 8:30 am, when according to the State highway patrol, Emani stopped at a crash scene on an icy stretch of the turnpike in Streetsboro, got out of her car and was hit by a tractor-trailer. Her lifeless body was found on the right side of the highway. 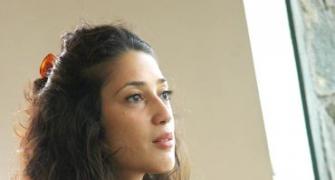 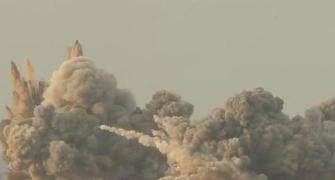 A new phase in India-Afghan ties 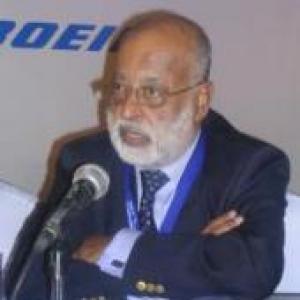