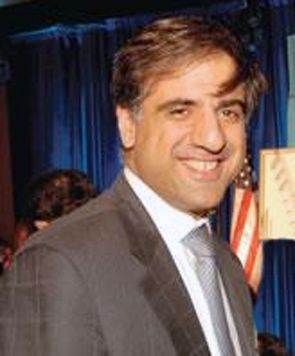 Puneet Talwar, one of the most respected Middle East policy specialists in administration and Congressional circles, has been nominated by United States President Barack Obama to a senior State Department position.

Talwar, currently senior director for the Gulf States, Iran and Iraq in the White House National Security Council, was nominated by Obama along with several other individuals for key administration posts, including ambassadorial posts, as assistant secretary for political-military affairs in the Department of State.

Obama said, "I am grateful that these talented and dedicated individuals have agreed to take on these important roles and devote their talents to serving the American people. I look forward to working with them in the coming months and years."

In August, Obama nominated another Indian American, Nisha Desai Biswal, currently assistant administrator for Asia in the US Agency for International Development, to succeed Robert Blake as assistant secretary of State for South and Central Asian Affairs.

The nominations of Biswal and Talwar have to be confirmed by the Senate Foreign Relations Committee, are considered a formality as both are highly respected and held in high esteem not only by Democrats but even by Republicans on this powerful Committee.

They will constitute a powerful triumvirate of Indian Americans, along with Dr Raj Shah, Administrator, USAID -- and the highest ranking Indian American in the administration -- at the State Department.

It would be unprecedented in the history of the State Department that three Indian Americans have held such senior and influential positions.
Talwar, a longtime Middle East advisor to the Senate Foreign Relations Committee, moved to the White House in 2009 with his former boss, Vice President Joe Biden.

He has been a senior Congressional Staffer from 2001, serving as the chief Middle East advisor to Biden, then chairman of the Foreign Relations Committee, and also advising senior Democrats on the Committee such a Senator John F Kerry, now Secretary of State.

But although he was the senior Democratic staffer on this Committee, Talwar was highly respected and his counsel was sought even by senior Republicans on the Committee, including one-time chairman Senator Richard Lugar, who was one of the most cerebral foreign policy experts on the GOP side.

This is why Capitol Hill sources told rediff.com that Talwar’s confirmation would be a slam-dunk even though, as assistant secretary for political-military affairs, he would have access to intelligence information and would regularly liaise with senior Pentagon officials as well as officials in the various intelligence agencies.

Before 2001, Talwar worked from 1997 to 1999 in then Senator Biden’s office as his chief Middle East advisor and then did a stint for two years, from 1999 to 2001, at the State Department’s Policy Planning Bureau.

From 1992 to 1995, he served as foreign policy advisor to Representative Thomas C Sawyer, and from 1990 to 1992 as an official with the United Nations, immediately after he graduated from Columbia University’s School of International and Public Affairs.

Talwar is also an alumnus of Cornell University, from where he received his Bachelor of Science degree.

It recalled that back in 2001, Talwar had argued in Foreign Affairs, that the Bush administration should 'abandon the containment strategy (toward Iran) it inherited and embark on a new policy of moderate engagement,' a policy that then Senator Obama and presidential candidate adopted as part of his foreign policy priorities, but later abandoned when Tehran continued with its alleged nuclear weapons programme, which led to the Obama administration redoubling the sanctions on Tehran that had been imposed earlier by the Bush administration.

Talwar had said in his Foreign Affairs article that by gradually helping Tehran "reintegrate into the world community through various multilateral arrangements, Washington can encourage and strengthen positive forces within Iran."

Foreign Policy said, "It was no surprise, then, when Talwar, who is one of only a handful of Obama advisors who have actually traveled to Iran, emerged as one of the cheerleaders for the president's early (though unsuccessful) overtures to Tehran". 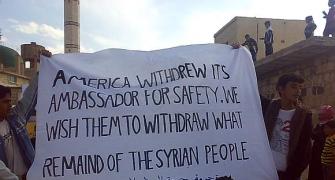 US evacuates staff from Lebanon, Turkey amid Syria crisis 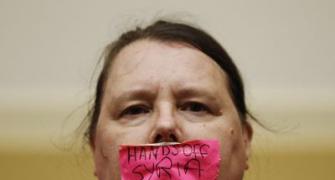 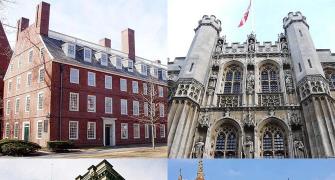 The top 20 universities in the world 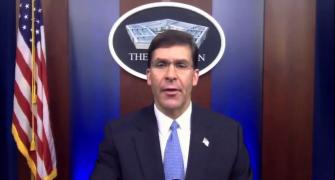 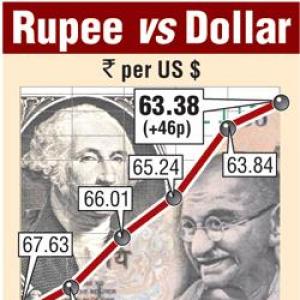 Re fails to maintain initial gains vs dollar, down 11 paise 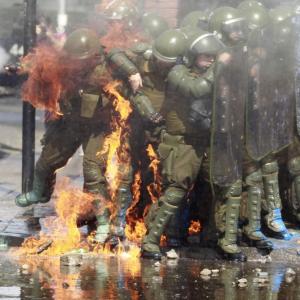