Voicing regret over the shooting incident at a Wisconsin gurdwara that killed six Sikh worshippers, Oak Creek Mayor Steve Scaffidi briefed Indian envoy to the United States Nirupama Rao, about the measures he would put in place to upgrade the security at the shrine.

During a meeting with Rao, who was in the city on Wednesday, the mayor also informed her of the steps that would be taken for better interaction with the Sikh community.

"Oak Creek Mayor Scaffidi welcomed the ambassador to Oak Creek and expressed regret over the tragic incident, adding that he was struck by the peaceful and composed reaction of the Sikh community," the Indian embassy said in a statement.

Scaffidi informed Rao of the measures that he would put in place to upgrade the security at the gurdwara, the statement said.

During the meeting, Rao conveyed her appreciation for the prompt action by the Oak Creek police and the heroic role of Lt Brian Murphy, who was shot several times by the assailant. She enquired after Lt Murphy and was reassured that he was recovering from his injuries in hospital.

The ambassador also raised the concern of the families for early release of the bodies of the victims.

Later, Rao attended the National Night Out event, a vigil to mark the memory of the victims of the gurdwara shooting, on the grounds of Oak Creek Community Centre, where around 5,000 people from different communities had gathered.

The Wisconsin governor was also present on the occasion.

Speaking against senseless acts of violence, Rao mentioned that the aftermath of this tragic incident of shooting in the gurdwara reminded one that they should unite against violence in an expression of common humanity and in a manner that transcends nationality.

During her stay in Oak Creek, Rao also met the members of the victims' families.

At the residence of Satwant Singh Kaleka, president of the gurdwara who was among those killed, Rao praised his valiant act in confronting and resisting the gunman, thus saving the lives of other devotees. She also extended her condolences to the family members and relatives of other victims of the tragedy and assured them of all support by the embassy of India and consulate general in Chicago, the embassy statement said. 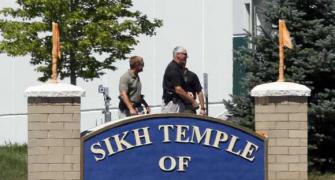 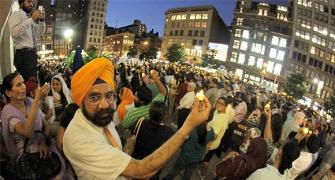 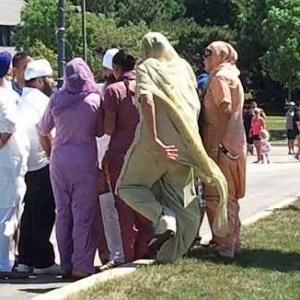 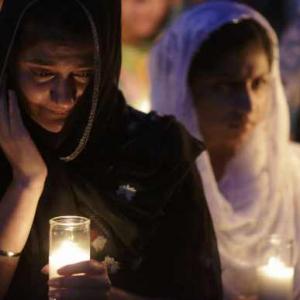