The overall number of nuclear warheads in global military stockpiles appears to be increasing this year, a new finding released by the Stockholm International Peace Research Institute on Monday reveals. "The nine nuclear-armed states -- the United States, Russia, the United Kingdom, France, China, India, Pakistan, Israel and the Democratic People's Republic of Korea (North Korea) -- together possessed an estimated 13,080 nuclear weapons at the start of 2021. This marked a decrease from the 13,400 that SIPRI estimated these states possessed at the beginning of 2020," SIPRI said.

However, SIPRI research shows that this declining trend appears to have stalled.

"Despite this overall decrease, the estimated number of nuclear weapons currently deployed with operational forces increased to 3,825, from 3,720 last year," the research institute said.

According to SIPRI, the US and Russia continued to reduce their nuclear weapon arsenals in 2020, but both are estimated to have had around 50 more nuclear warheads in operational deployment at the start of 2021 than a year earlier.

"Both countries' deployed strategic nuclear forces remained within the limits set by the 2010 Treaty on Measures for the Further Reduction and Limitation of Strategic Offensive Arms, although the treaty does not limit total nuclear warhead inventories," SIPRI specified.

The institute also pointed out that China is modernising and expanding its nuclear weapon inventory, along with India and Pakistan.

In February, Russia and the United States agreed to extend the New START treaty for five more years without renegotiating any of its terms. The treaty, now set to expire on February 5, 2026, is the only arms control agreement between two countries that is still in force.

The treaty limits each party's nuclear arsenal to 1,550 deployed warheads, 800 launchers, and 700 missiles. Both the United States and Russia met the central limits of the New START Treaty in 2018, and have stayed at or below them ever since.

According to the White House, Russian President Vladimir Putin and US President Joe Biden are expected to discuss a wide range of bilateral issues related to strategic stability and arms control during their Wednesday summit in Geneva. 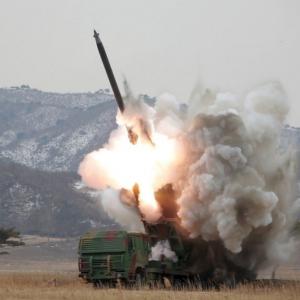