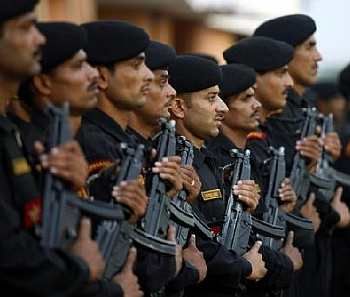 The federal contingency force, which trains everyday to counter any terrorist act emerging in urban areas, has brought together a team of its chosen 'black cat' commandos to test their nerves and hone skills in this domain which has largely been an operations ground for central paramilitary and state police forces.

trategic security planners said Naxal violence incidents in the past like the 2013 Darbha Ghati killings of political leaders in Chhattisgarh and abduction of key government officials like Malkangiri (Odisha) Collector Vineel Krishna and his Sukma counterpart Alex Paul Menon has brought to the fore an urgent requirement to prepare a 'Special Squad' of commandos who can undertake hostile missions to secure the captured and end the crisis perpetrated by the Maoists.

In order to achieve these objectives, the NSG under its new Director General J N Choudhury has prepared a blueprint to train a special forces team in this task. The Force Commanders of the elite force who have earlier in their careers operated in such non-urban areas have been tasked with the training of the new squad.

NSG commanders, according to a blueprint prepared in this context, are now training the 'black cats' to intervene in such a situation by various methods such as air insertion through helicopters, silent landing of commando teams on para-gliders or storming of a hideout in dense jungles by camouflaged land movements aided by precise intelligence of the geography and inhabitants of the area.

The commando force, raised in 1984 for undertaking special counter-terror and counter-hijack operations, is particularly bolstered to undertake these training missions as the force has the least number of 15 VVIPs to secure under its security net, a task that was not originally enshrined in its charter.

This has enabled the force to widen its counter-terror charter and use its manpower for grinding sessions in difficult jungles of various Indian states affected by Left Wing Extremism violence and also in forested terrains of northeastern states which are tackling the insurgency menace, sources said.

Post the 2008 Mumbai attacks, the NSG has been undertaking special training and skill sessions to sharpen its response to combat in urban areas which are replete with a maze of

concrete structures and milling crowds but the hostage-like threat posed by the Naxals in dense jungles and interior villages has now drawn the attention of the force whose full-time task is to render contingency duties "to tackle all facets of  terrorism".

The NSG, sources said, has been told by the top security establishment that the LWE cadres and their activities have been categorised as "terrorist" by the central government long time back and the Naxals can anytime spring such a surprise.

The Special Force commandos of the NSG are now being trained in survival techniques, gathering intelligence and safe security protocols in these areas where once inserted, the commandos are on their own in terms of weapons, logistics, communication, food and water for a long time without any immediate backup.

Four NSG hubs created in the country in the aftermath of the 26/11 attacks, the blueprint says, could be used to station commandos of this stream who are adept at undertaking successful hostage rescue missions in non-urban areas. 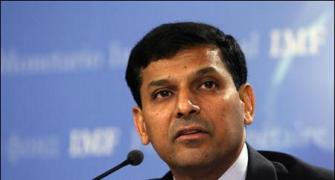 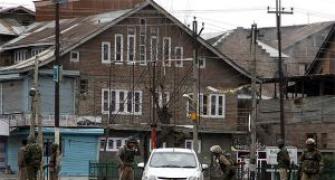 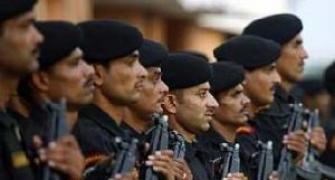 Govt doubles NSG commando strength in each of four hubs 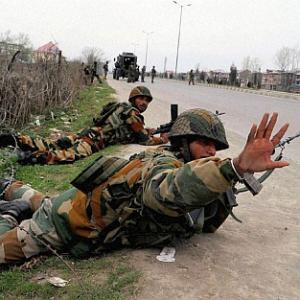 CRPF to use 'Shaheed' for troopers killed in line of duty 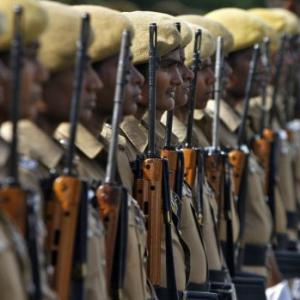 Security beefed up in Delhi for Independence Day