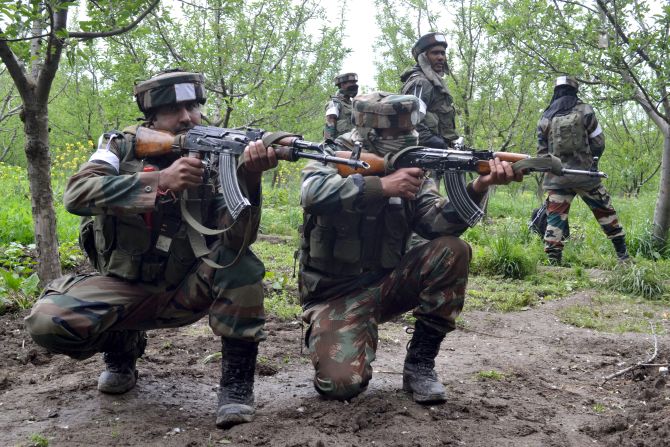 The army's special forces on Monday carried out a major operation against Naga insurgent group Nationalist Socialist Council of Nagaland-Khaplang near the Indo-Myanmar border in Arunachal Pradesh in which one hardcore terrorist was killed and another wounded while a soldier suffered bullet injury.

Prime Minister Narendra Modi is travelling to Myanmar on Tuesday on a three-day visit during which the issues of defence and security cooperation, including cross-border activities by certain insurgent groups, are likely to figure in his talks with the leadership there.

The operation, which began at around 7 am, was going on till late in the evening near Votnu village in Longding district, a senior army official said.

He said the team of special forces destroyed a temporary hideout of the NSCN-K terrorists and recovered an AK 47 rifle, ammunitions and radio sets in the operation, adding one army personnel received bullet injury.

In New Delhi, Army Chief General Bipin Rawat met Minister of State for Home Kiren Rijiju, who hails from Arunachal, and the operation against the Khaplang faction of the NSCN is believed to have figured in the discussion.

Myanmar is one of India's strategic neighbours and shares a 1,640-km-long border with a number of northeastern states including Arunachal Pradesh, militancy-hit Nagaland and Manipur.

India has been concerned over some terrorist groups from the Northeast region taking shelter in Myanmar. The country has been assuring India that it would not allow any insurgent group to use its territory against India.

In June, 2015, the Indian Army had carried out an operation in areas near the Indo-Myanmar against the NSCN-K terrorists, days after militants had killed 18 army men in Manipur.

Gen Rawat, however, sought to downplay the operation saying such encounters occur regularly.

"It was a normal encounter. These operations go on everyday. Nothing big about this operation," he told reporters after the meeting.

Army sources said similar operations against NSCN-K have been taking place in Changlang and Kunnu areas in the last 10 days. An NSCN-K terrorist was killed near Kunnu village on September 1.

The army on Monday launched a "swift and stealthy" operation after getting specific inputs about presence of NSCN-K militants in near Votnu village, said an army official.

The forces came under heavy fire from the rebels and retaliated in which one militant was killed and another was injured, Defence spokesman Colonel Chiranjit Konwer said in Itanagar.

Monday's operation has struck a blow to the illegal activities being carried out by the underground outfit in the area, he added.

Using the cover of dense vegetation, the remaining terrorists escaped. The team later located and destroyed a shelter, the officials said.

A massive search operation has been launched in the area to capture the terrorists who managed to escape, they said. 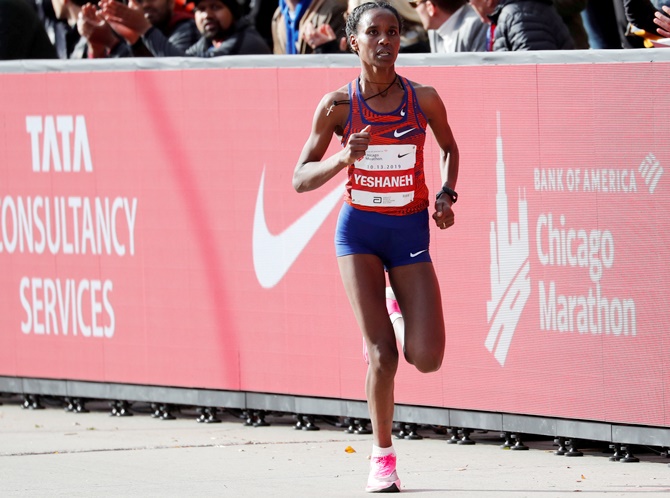 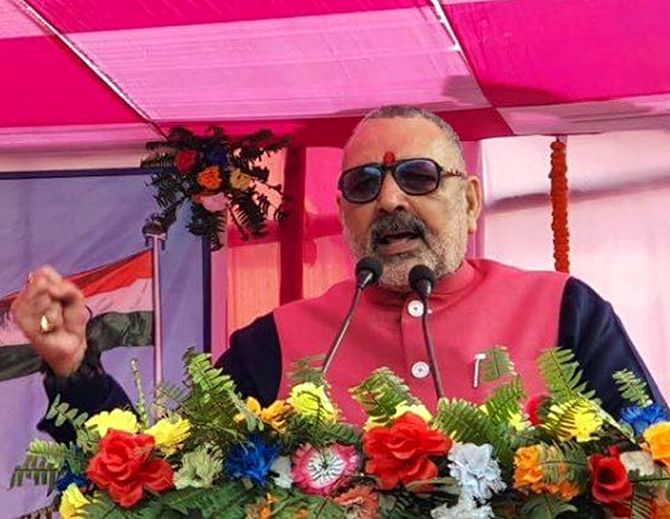 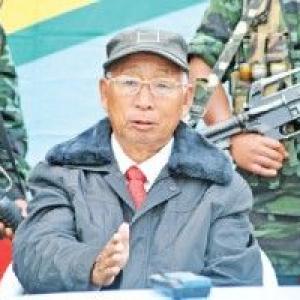