Unhappy with Nagaland Governor R N Ravi, the National Socialist Council of Nagaland-Isak Muivah or the NSCN-IM has said that the hard work of 23 years is 'coming to end because of the mischief that keeps boiling in the hands of this interlocutor who has become more a liability than anything' while demanding the removal as interlocutor. 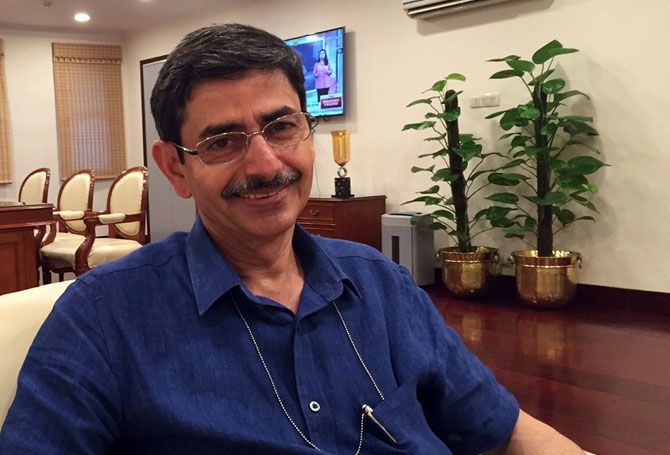 NSCN-IM leaders are in the national capital for rounds of meetings with government officials.

'All the hard work of 23 years of Indo-Naga political talks having passed through six successive prime ministers is coming to a nauseating end because of the mischief that keeps boiling in the hands of this interlocutor who has become more a liability than anything,' the NSCN IM said.

'The much-hyped Framework Agreement (FA) which is the fruition of the recognition of the unique history and situation of the Naga by the Government of India (GoI) was signed in 2015 to form the basis for final settlement of Naga issue.

'Catastrophic as it is, FA is now undergoing castration at the hands of the very person who co-author it with NSCN Chairman Isak Chishi Swu and NSCN General Secretary Th Muivah. This is the crux of the Indo-Naga political talks now. The issue is now in the court of the Government of India that should come out with an undertaking that FA is still alive in its original form and to be handled by somebody other than R N Ravi, who is sensitive enough to understand and respect what has been achieved during the past 23 years,' the NSCN-IM said in its press release.

'What has driven Ravi to go for the unthinkable after more than 23 years of fruitful negotiations is now the focusing point of talk in every hearth and street corners. How could Ravi arrogate to himself the power to change the rules/contents of the agreement arbitrarily? Where is his credibility now? His domineering approach has come to destroy the spirit of gentlemen's negotiation,' the release read.

Terming the Nagaland Governor as a man of lacking principles, NSCN-IM said, 'In more than one occasion proved himself as a man lacking principle that stands up to his stature as an interlocutor to such high profile political dialogue as he committed a breach of confidential documents by circulating the doctored Framework Agreement and Competencies to the Naga leaders that he favoured after removing a word 'NEW' that virtually changed the meaning of a sentence in the Framework Agreement. He hastens himself to misinform and mislead the GoI as well as Naga people in various platforms by twisting the Framework Agreement.'

While thanking Prime Minister Narendra Modi, NSCN-IM said, 'NSCN is grateful to the Prime Minister Mr Narendra Modi who guided and supervised the signing of the historic Framework Agreement by giving the ceremony a high profile status. But the very doings of his representative Ravi has cast a huge trust deficit as his role has come to be seen as nothing short of disowning the Framework Agreement.'