Bihar Chief Minister Nitish Kumar said on Monday that a country-wide National Register of Citizens was 'needless' and had 'no justification' but was open to a debate on issues that have created 'turmoil', including the Citizenship (Amendment) Act. 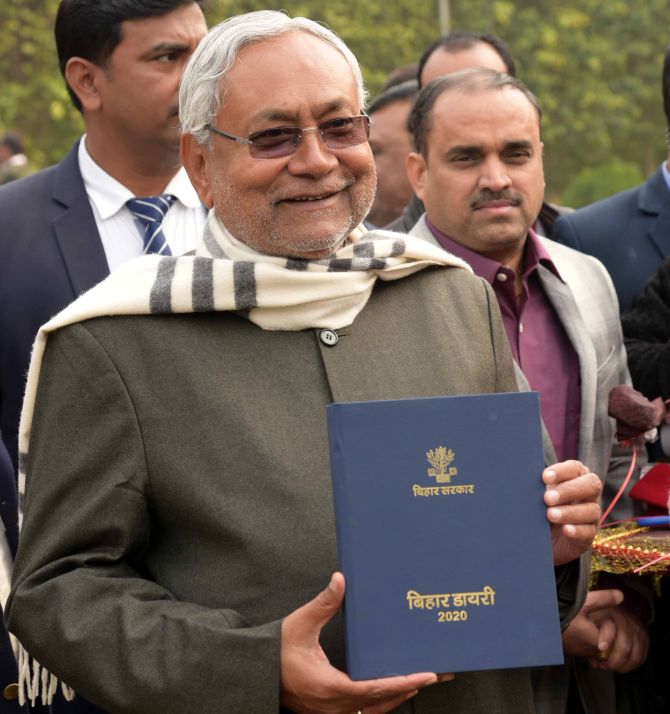 Speaking in the state Legislative Assembly, Kumar said his government agreed in principle to the National Population Register (NPR) like it did 10 years ago when the exercise was last undertaken.

He also emphasised that caste names be included in the census when it is done.

"It (the NRC) would be needless (koi zarurat hai nahin) and have no justification (koi auchitya nahin). And I think the prime minister, too, has spoken clearly on this," he told the House while thanking it for unanimously ratifying the Constitution amendment for extending quotas for SCs and STs in Parliament and state assemblies by another 10 years.

About the CAA and the National Population Register, Kumar said he was agreeable to having a debate in the assembly.

"This session has been convened for a specific purpose. However, there is a lot of turmoil over CAA, NRC and NPR. I agree with the Leader of the Opposition that there
should be a discussion on these," he said.

Earlier, Leader of the Opposition Tejashwi Yadav, in his brief but impassioned statement, had said, 'The nation is on fire' on the issues of CAA, NRC and National Population Register (NPR) and sought to know whether the chief minister 'stands with Lalan Singh or Pavan Varma and Prashant Kishor'.

Rajiv Ranjan Singh alias Lalan Singh is the Janata Dal-United leader in the Lok Sabha. The party had voted in favour of the Citizenship (Amendment) Bill in both houses of Parliament, to which Varma, a national general secretary, and Kishor the national vice president had taken strong exception.

Kumar said he was ready to have a discussion in the House over 'extra details' being sought as part of the NPR.

While being agreeable to a debate on all the three issues highlighted by Yadav, Kumar noted, "But I must say something about NRC. How does the question of NRC arise?

"It arose in the context of Assam, as a consequence of the accord signed by the Rajiv Gandhi government following the Assam agitation (on the issue of illegal immigrants). We have no inkling that such an exercise would be conducted across the country."

Kumar, who heads a coalition government with the Bharatiya Janata Party, was the first chief minister from the National Democratic Alliance to have said there will be no NRC in Bihar.

"Kaahe ka NRC? Bilkul laagu nahin hoga (NRC, what for? Will not at all be implemented)," Kumar had said last month. 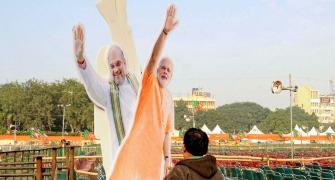 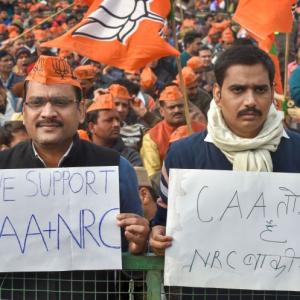