Canada’s first Sikh Defence Minister Harjit Sajjan now has a chicken burger named after him and it is called ‘the minister of national deliciousness’. 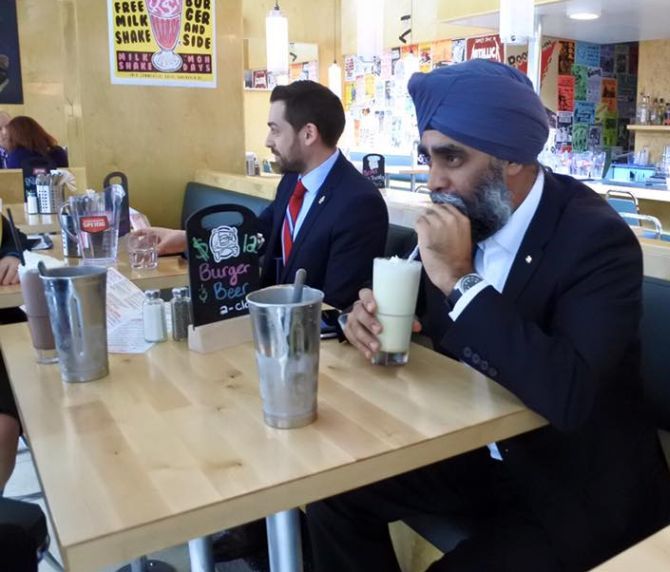 Sajjan, 45, who was in November named Canada’s Minister of National Defence in Prime Minister Justin Trudeau’s 30-member Liberal cabinet, stopped by a downtown Vancouver eatery to sample the burger named in his honour.

“National Deliciousness indeed! Tried my namesake burger at #Vancouver’s @TheCannibalCafe and was not disappointed,” Sajjan tweeted after eating the burger.

Sajjan, who represents the Vancouver-South, was in town last week for the Liberal government’s first ministers meeting, but made time to visit ‘The Cannibal Cafe’ and try out his namesake burger ‘the minister of national deliciousness’.

“I approve,” Sajjan said after taking the first bite.

“It’s got pakoras on it. Who would’ve thought to put it into a burger? Now that -- that makes sense,” he was quoted as saying by CTV News.

It was introduced as February’s ‘Burger of the Month’ but the eatery’s owner said it was so popular they added it to the regular menu. Sajjan, who called the experience “very humbling”, also shook hands with the chef behind the burger, Zai Kitagawa, and signed off on a chalkboard featuring a drawing of him in sunglasses.

Kitagawa told reporters on Wednesday that he started thinking about the burger shortly after the minister’s appointment.

“If there’s a man that a Canadian can be proud of, it’s definitely Mr Sajjan,” he said.

Sajjan is a combat veteran and has served in Bosnia and had three deployments to Kandahar, Afghanistan. He was born in India and moved to Canada with his family when he was five-years-old.

Since his appointment as Defence Minister, Sajjan has faced two incidents of apparent racism.

Soon after his appointment in November, he faced racist remarks by a soldier on social media, prompting the Canadian Armed Forces to launch a probe.

Last month, Sajjan was heckled in Parliament with an opposition member shouting that MPs needed an “English-to-English” translation as he spoke, an act dubbed as “racist”. 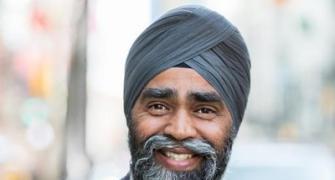 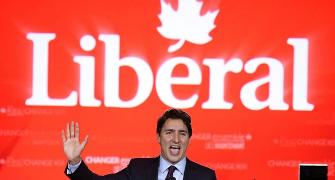 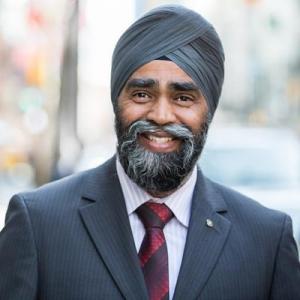