News
Business
Movies
Sports
Cricket
Get Ahead
Money Tips
Shopping
Sign in  |  Create a Rediffmail account
Rediff.com  » News » Not too many takers in Islamabad for Indo-Pak peace process The increase in violence along the Line of Control in Jammu and Kashmir in the last few weeks indicates that despite the olive branch offered by Pakistan Prime Minister Nawaz Sharif, hard-line elements in Islamabad are in no mood to become friendly with India.

Foreign policy experts believe that the resurgence of violence can be attributed to a number of factors.

While Sharif, the newly-elected premier, has openly said he wants better relations with India, members of his Pakistan Muslim League – Nawaz are not keen on becoming friendly with India.

The powerful Pakistan Army has also urged Sharif to tread carefully as far as ties with India are concerned.

The Inter Services Intelligence and the Lashkar-e-Tayiba are also planning terror strikes against India.

The LoC has always been a dangerous place and most of these incidents are an attempt to cover up infiltrations, said former Research and Analysis Wing chief C D Sahay.

In 2003, when India and Pakistan had decided on a ceasefire, the infiltrations had come to a complete standstill. While the central government changed hands in India, a civilian government took over in Pakistan, and incidents of ceasefire violations again became the norm rather the exception.

The Pakistan Army has maintained a stoic silence while Sharif has been making friendly overtures towards India.

But army chief General Ashfaq Parvez Kayani's term is coming to an end soon. It is not clear whether the Pakistan PM will pick Kayani's successor or the army chief will do so himself.

The strategic and security decisions are still taken by the Pakistan Army, said Sahay.

According to sources in the Military Intelligence Bureau, there is a constant need for both the army and the terror groups under the ISI’s patronage to remind the civilian Pakistan government about the amount of power they exercise.

The not-so-subtle message is also directed towards the United States. India is currently on extremely amicable terms with the US and understandably the ISI, and its pet terror groups, are not too happy about that.

But, point out experts, the Pakistan Parliament's recent resolution on the LoC violations does not bode well for India.

The Punjab assembly and the Parliament are not under the control of either the ISI or the army. It is dominated by politicians from Sharif’s own PML, who, in spite of their PM’s official stance on India, have squarely blamed New Delhi for the violence.

The resolution indicates the power hard-line Islamic leaders have as far as the Pakistan government’s political decision-making is concerned. These fundamentalist powers will never want friendly ties with India and they are likely to do everything in their power to thwart the peace process. 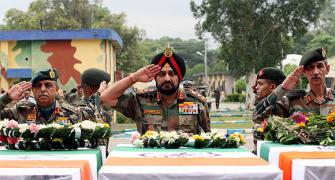 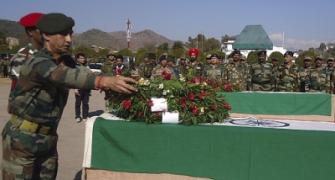 Pak crosses the line, again. What should India do? Your Say! 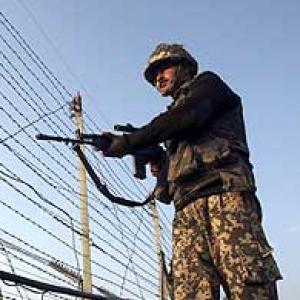 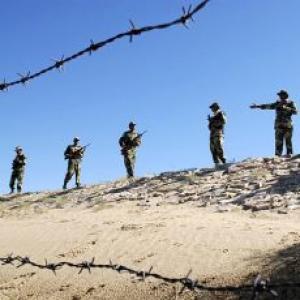