'Not so important': SC on Karti's plea seeking permission to go abroad 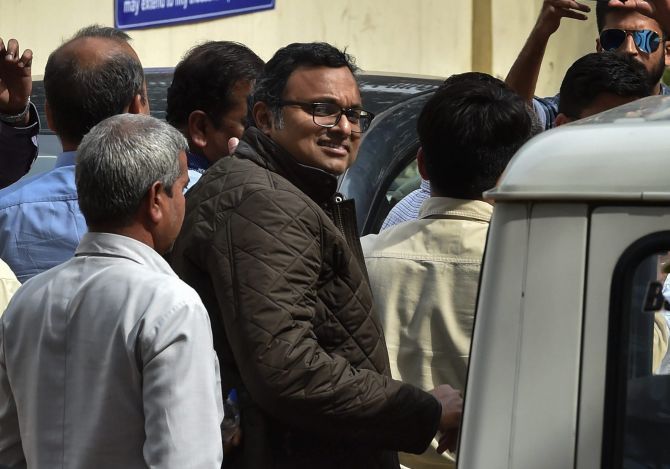 A bench headed by Chief Justice of India Ranjan Gogoi said the issue of Karti Chidambaram visiting abroad is not an 'important matter' requiring urgent hearing.

The top court also observed that judges have more cases 'than they can handle'.

"Karti Chidambaram going abroad is not so important that it will get precedent over other (cases)," the bench, also comprising Justices U U Lalit and K M Jospeh, said.

The apex court had allowed Karti Chidambaram to travel to the United Kingdom between September 20 and September 30, despite th Enforcement Directorate's objection that he has been 'blatantly misusing' the liberty granted to him by the court.

The ED had alleged that he has been 'blatantly misusing' the liberty granted by court in allowing him to travel abroad and has been using the same to protract the investigation in the case.

It had said the liberty granted to Karti Chidambaram by the apex court is 'blatantly and brazenly hampering, subverting, jeopardising and protracting' the probe pending against him in the Aircel Maxis case, which the agency has to complete in six months.

The apex court had earlier allowed him to visit the UK, France and the US from July 23 to 31, while making it clear that he has to abide by the conditions imposed by it in an earlier similar order.

Karti has been facing several criminal cases including the grant of Foreign Investment Promotion Board (FIPB) clearance in the INX-Media case.

In the INX Media case, the CBI had registered an FIR on May 15 last year against alleged irregularities in the FIPB clearance to INX Media for receiving overseas funds to the tune of Rs 305 crore in 2007 when P Chidambaram was the Union finance minister.

Meanwhile, a Delhi court on Thursday extended till November 26 the protection from arrest to Karti and P Chidambaram, in the Aircel-Maxis case filed by the Central Bureau of Investigation and Enforcement Directorate.

Additional Solicitor General Tusshar Mehta, appearing for the CBI and ED, told CBI Special Judge O P Saini, "We have to meet a deadline and he (P Chidambaram) is not cooperating."

He also told the court that the CBI will file its reply to the anticipatory bail application of P Chidambaram on Thursday.

The ED had on Wednesday told the court in New Delhi that custodial interrogation of former Union minister and Congress leader P Chidambaram was necessary in the Aircel-Maxis money laundering case to unravel the truth as he was 'evasive and non-cooperative' in the probe.

"From the conduct of the petitioner, which gets amply demonstrated from the records available, the investigating agency has reached a bona fide conclusion that in the absence of custodial interrogation, it will not be possible to reach the truth of the allegations as the petitioner has chosen to be evasive and non-cooperative," the agency had said.

It had sought custodial interrogation of P Chidambaram on the ground that he has not been cooperating with it in the probe and hence making it difficult complete the investigation in a time-bound manner as directed by the Supreme Court.

In its charge sheet filed earlier in the case against former telecom minister Dayanidhi Maran, his brother Kalanithi Maran and others, the CBI had alleged that Chidambaram had granted an FIPB approval in March, 2006 to Mauritius-based Global Communication Services Holdings Ltd, a subsidiary of Maxis. 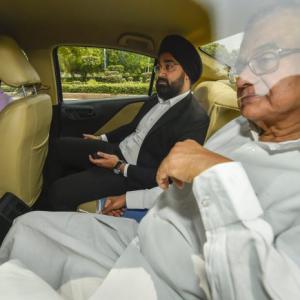 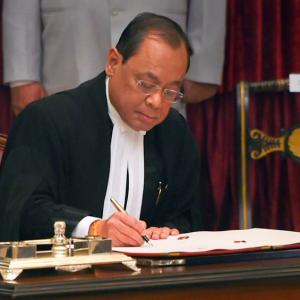 'Unless someone is to be hanged, evicted': CJI on urgent hearings