'No supra-state offer for Nagas by Centre'

The controversy surrounding the formation of a supra-state for the Nagas is sweeping northeast India. According to a Guwahati-based newspaper report, New Delhi has decided to grant supra-state status to Nagaland following a hush-hush settlement of the long pending Naga struggle perpetrated by one of the deadliest insurgent groups in the region -- National Socialist Council of Nagalim (Isak-Muivah).

Rediff.com's Surajit Talukdar got in touch with author Frans Welman, secretary of the Amsterdam-based Naga International Support Centre, who is considered to be close to the leadership of the NSCN (I-M). Here are excerpts from the exclusive e-mail interview:

Is the supra-state offer to NSCN (I-M) by Delhi true?

It is not true.

What is the NSCN (I-M)'s opinion regarding the supra-state body offer?

I heard from insiders in the NSCN (I-M) that nothing like this (supra-state body offer) has been discussed with the Indian government. In fact, I saw a denial statement from them on that too.

But there is a possibility that within the Government of India, this supra-state thing has been leaked.

What is the Nagaland government's view on the supra-state issue?

The Nagaland government has never discussed this issue.

What are the opinions of other Naga political organisations? What is the NISC's take on this issue?

As far as I know, majority of the Naga political organisations are against the supra-state offer as it means living under the Constitution of India. The Naga people believe in their right to self-determination. Since 1953, they have been fighting to go beyond the purview of the Indian Constitution. The NISC supports the Naga people's wishes.

What is the Khaplang faction of the NSCN's stand on the NSCN (I-M) peace process?

The Khaplang group is thinning out after the recent departure of some of its loyalists. His group is much smaller now. But Khaplang also wants sovereignty. His group is now observing a ceasefire with Delhi.

Is the NSCN (I-M) garnering support for their demand in other parts of the world?

I have just released a photo book on Naga culture as well as a book on the peace talks. I hope that these will be tools to help the Nagas in Europe and elsewhere to know the human rights aspects of the Indo-Naga conflict, which could possibly put the Indian government on the defensive.

Do you think the common people in Nagaland are behind the NSCN (I-M)?

Many commoners criticise the NSCN (I-M). No organisation is perfect, after all.  Some people are becoming rich and corruption is increasing in Nagaland, leaving lots of Nagas envious.

Have you recently met NSCN (I-M) leaders Thuingaleng Muivah or Isak Chisi Swu? Can you say something about the meeting?

Before their departure to India a few months ago for peace talks, I met Isak Chisi Swu in Bangkok and before that Thuingaleng Muivah in the Netherlands. They are both hopeful that India might be able to gracefully come to a mutual conclusion.

In your view, what is the future of the Naga struggle?

India has all the facilities and can wait till the old guard dies out. But considering the expected uprising of the Meiteis of Manipur and the arrest of Anthony Shimray who worked under orders of Naga leaders, the stand of the Government of India cannot be trusted. If there is no support from the international community, then it looks like this struggle will slowly fizzle out, only flaring up at times.

Is the NSCN (I-M) still supporting other terror groups in northeast India?

Not at the moment. 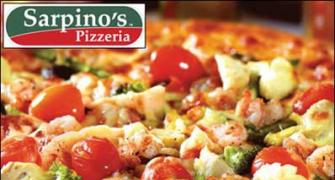 No plans for 'supra state' for Nagas in NE, says PM