There will be no Question Hour, a curtailed Zero Hour and no private members' bills during the upcoming monsoon session of Parliament, the Lok Sabha and Rajya Sabha secretariats have decided, prompting opposition leaders to accuse the government of trying to "murder the democracy" in the name of the COVID-19 pandemic and of reducing "Parliament to a notice board". In separate notifications, the two secretariats also said there will be no breaks as well during the session to be held from September 14 to October 1, and both Houses will function on Saturdays and Sundays as well.

"There will be no Question Hour during the Session. In view of the request of the government owing to the prevailing extraordinary situation due to COVID-19, the Speaker has directed that no day be fixed for the transaction of Private Members' Business during the Session," the Lok Sabha Secretariat said in a notification.

A similar notification was issued by the Rajya Sabha Secretariat as well.

While several opposition parties criticised the move, Union minister Prakash Javadekar said the Parliament session is being held under special and extraordinary circumstances.

"Parliamentary Affairs Minister is in touch with various political parties and is talking to their leaders. He will inform all about the issue at the right time," Javadekar said.

Parliamentary Affairs Minister Pralhad Joshi said that the government is not running away from any debate and that all opposition parties were told beforehand about the move with most of them agreeing to it.

The government is ready for unstarred questions and it has requested presiding officers of both the Houses to facilitate the same, he said.

Underlining that the monsoon session is being held in unprecedented circumstances in wake of the COVID-19 pandemic, Joshi said officers from ministries would have to come to Parliament if the Question Hour is held and that can make the place crowded.

Therefore, for the safety of members, it was decided that there will be no Question Hour during the monsoon session, the minister said.

There will be a Zero Hour of at least 30 minutes, he said.

Congress leader in Lok Sabha Adhir Ranjan Chowdhury and the party's deputy leader in Rajya Sabha Anand Sharma, however, said that the proposal to exclude Question hour during this session is arbitrary and undemocratic as it is the members' right to ask questions to the government on key issues.

"Parliament Sessions are not only meant for government business but also scrutiny and accountability of Government.

"Delayed monsoon session of Parliament is one of special significance after the lockdown and phased unlocking. The proposal to exclude Question hour is arbitrary, shocking and undemocratic. It is Members privilege and the very life of a session," Sharma said.

Chowdhury also said that the government should reconsider its decision and his party would again make a plea in this regard to the government.

Trinamool Congress MP and Floor Leader in Rajya Sabha Derek O' Brien said opposition MPs will lose the right to question the government and alleged that the pandemic was being used as an "excuse to murder democracy."

In the past, he said, the Question Hour was dispensed with during sessions of Parliament called for special purposes but the upcoming monsoon session is a "regular session".

According to sources, the government has reached out to the Opposition, sharing its compulsions to not hold the Question Hour in wake of the pandemic.

Congress leader Shashi Tharoor tweeted that he had said four months ago that "strongmen leaders would use the excuse of the pandemic to stifle democracy and dissent".

"The notification for the delayed Parliament session blandly announces there will be no Question Hour. How can this be justified in the name of keeping us safe?

"Questioning the government is the oxygen of parliamentary democracy. This Govt seeks to reduce Parliament to a notice-board and uses its crushing majority as a rubber-stamp for whatever it wants to pass. The one mechanism to promote accountability has now been done away with," he tweeted.

The Congress party also tweeted separately that questioning the government is the "life-blood of parliamentary democracy".

"By doing away with this tool of accountability, the BJP govt seeks to pass laws without any discussion and debate. It is an attempt to stifle democracy under the garb of the pandemic," it added.

O'Brien said questions are also asked from the treasury benches and the move to suspend the question hour would mean that the government was also "denying their own MPs to raise their queries".

"This means that we cannot ask any questions on the state of the economy or the pandemic," he said.

CPI MP Binoy Viswam has also written to Rajya Sabha Chairman M Venkaiah Nadu, saying that suspension of Question Hour and Private Members' business is "unjust" and they must be reinstated immediately.

Viswam said suspending these parliamentary procedures raises "serious questions" on the "intent" of the government at a time crucial developments continue to take place across the country.

He said that the COVID-19 pandemic and ensuing lockdown had brought an abrupt end to the Parliamentary session in March.

"Since then the Parliament has been in a state of suspension while crucial developments continue to take place across the country," Viswam said in a statement.

Source: PTI  -  Edited By: Hemant Waje© Copyright 2021 PTI. All rights reserved. Republication or redistribution of PTI content, including by framing or similar means, is expressly prohibited without the prior written consent.
Related News: Lok Sabha Speaker and Rajya Sabha, Parliament
SHARE THIS STORY
Print this article 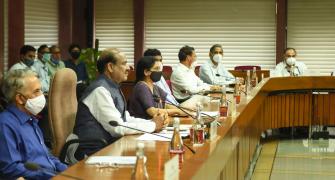 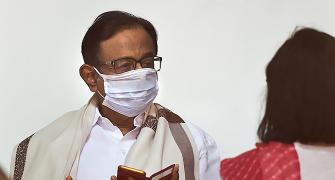 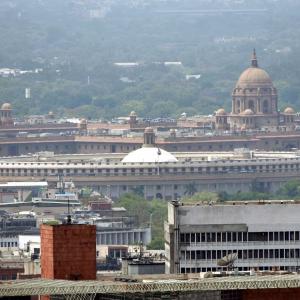 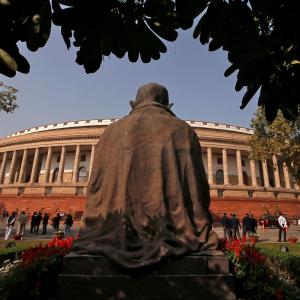