No prosecution for Ashok Chavan in Adarsh scam 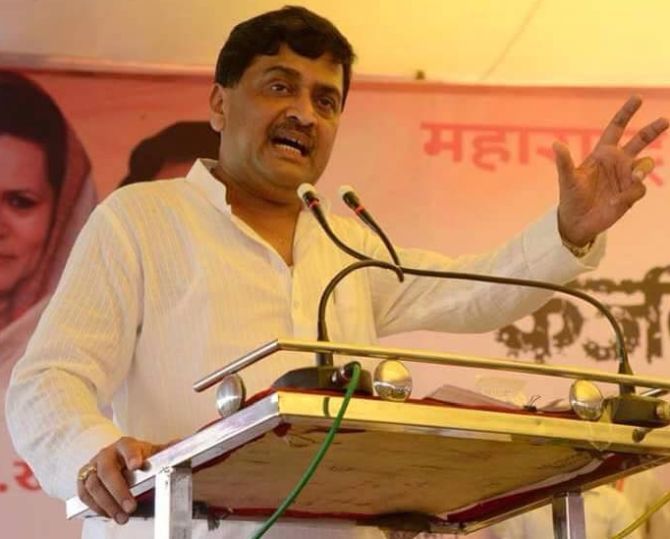 The Bombay high court on Friday set aside the sanction granted to the Central Bureau of Investigation by Maharashtra Governor Ch Vidyasagar Rao to prosecute senior Congress leader Ashok Chavan in the Adarsh housing society scam.

Responding to the court verdict that held that the sanction cannot be ‘sustained’, Chavan said the Governor's office has been saved from setting a ‘new precedent’.

Chavan, currently the president of Maharashtra unit of the Congress, had served as the chief minister between December 2008 and November 2010 before he was asked to step down over corruption charges in the Adarsh scam. The scam kicked up a huge political storm and was highlighted by the Bharatiya Janata Party in the 2014 Lok Sabha poll campaign.

A bench of Justices Ranjit More and Sadhana Jadhav held that the sanction granted by the governor could not be ‘sustained’ since it was not based on any fresh material produced by the CBI that could be considered as plausible ‘evidence’ by courts during trial.

"It was permissible for the Hon'ble Governor (Rao), the sanctioning authority in the present case, to review or reconsider the earlier decision of the erstwhile governor's (his predecessor Governor K Sankaranarayanan) decision not to grant sanction, since the CBI claimed that some fresh material had surfaced after the earlier sanction was refused," the bench said.

"However, the agency (CBI) failed to present any fresh material capable of being converted into evidence that can be substantiated at the time of trial. Therefore, in the absence of fresh material, the sanction cannot be sustained, and is quashed and set aside," the bench said.

The court was hearing a petition filed by Chavan challenging a decision of Governor Rao granting sanction to the CBI to prosecute him in the Adarsh housing society scam in which he was implicated that led to his resignation as chief minister.

Chavan is among 14 retired and serving defence personnel, bureaucrats and politicians named as accused in the scam.

Mumbai Congress president Sanjay Nirupam claimed that like 2G, Adarsh was never a scam and alleged that it was a ploy of the BJP to malign his party.

The CBI has accused Chavan of approving additional floor space index (FSI) for the Adarsh society in posh South Mumbai, and accepting two flats for his relatives in return when he was the chief minister.

He is also accused of illegally approving, as revenue minister earlier, allotment of 40 per cent of flats to civilians even though the society was originally meant for defence personnel.

The CBI had proceeded with the case against Chavan after Governor Rao granted the agency a sanction in February 2016 to prosecute the former chief minister for offences of criminal conspiracy, and cheating under relevant sections of the Indian Penal Code, and under various provisions of the Prevention of Corruption Act.

However, Chavan had challenged Rao's order in the high court, calling it ‘arbitrary, illegal and unjust’ and passed with ‘mala fide intentions’.

He challenged the sanction alleging that it was ‘politically motivated’ and that there was no additional material warranting review of the decision.

His counsel had also argued that the 2016 order was motivated by change in political circumstances.

The CBI, however, had denied the charges and cited as fresh material the findings of the report of a judicial commission set up by the government to inquire into the Adarsh scam, and on a previous single bench order of HC that had rejected Chavan's plea seeking that his name be removed from the list of the accused in the case.

The division bench, however, held in Friday's judgment that neither the judicial committee's report, nor the single bench's order were capable of being converted into credible evidence.

"While the material which is required to be considered by the sanctioning authority is not limited to the evidence collected by the investigating agency during the course of initial investigation, such material must be admissible and capable of being converted to evidence which can be substantiated at the trial stage," the bench said.

The bench also rejected CBI counsel Hiten Venegaonkar's argument that the validity of the governor's sanction against Chavan could only be tested in trial court.

Venegaonkar had earlier told the HC that if Chavan's petition is allowed, it would amount to his acquittal, which would render the entire probe exercise futile.

Maintaining that the allegations against him were baseless and without any proof, the former chief minister said the court order reaffirms his faith in the judiciary.

"The HC order reaffirms my faith in the judiciary. I am satisfied. The state governor had given the sanction to prosecute me overruling the decision of his predecessor. With today's court decision, the governor's office has been saved from setting a new precedent," Chavan told reporters.

He said he had always maintained that the case against him was ‘politically motivated’.

Chavan said the court order came because the allegations against him were ‘baseless and without any proof’.

"I suffered personal damage in the last seven years because of the charges against me. I had to quit as the chief minister. But, I am involved in my party work. I am thankful to the people in my constituency for standing by me."

He also said the BJP should not indulge in the politics of vendetta at a personal level. 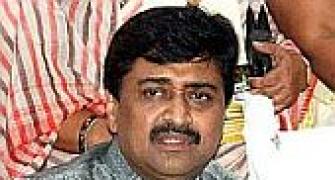 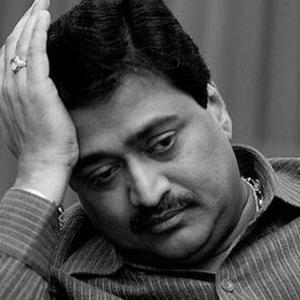 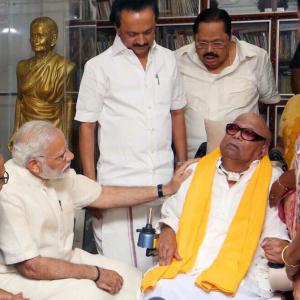