People of Indian origin and the Indian diaspora having Overseas Citizens of India or OCI cards are now not required to carry their old, expired passports for travel to India, as required earlier, according to a government notification that has been welcomed by members of the community. The Overseas Citizens of India card is issued to people of Indian origin globally which gives them almost all the privileges of an Indian national except for the right to vote, government service and buying agricultural land.

The OCI card gives them a visa free travel to India.

In a March 26 press release, the Indian missions in the United States said that in order to ease the travel of OCI card holders, it has been decided that the “time line for re-issuance of OCI cards in r/o OCI card holders, who may be required to get their OCI card reissued has been extended until 31 December, 2021.”

New York-based social activist Prem Bhandari, who has been taking up the cause of OCI card holders for the past several years, welcomed the announcement.

He expressed gratitude to the Ministry of Home Affairs, Ministry of External Affairs and the Government of India for not only extending the renewal up to December 31 this year but also for relaxing the guidelines and not requiring OCI card holders to carry their old, expired foreign passports.

“The OCI card holders can heave a sigh of relief worldwide,” with these new guidelines, he said.

He expressed thanks to Home Secretary Ajay Kumar Bhalla for the new guidelines.

Bhandari said that he had seen first-hand the inconvenience caused to members of the Indian diaspora due to certain OCI card rules as they undertook travel to India during the pandemic.

He said some of the passengers were not allowed to board flights to India and were sent back from airports as they were not carrying their old foreign passports, which was required as per government rules.

Under the provisions of the OCI card, which gives the cardholder lifelong visa to India, those below 20 years and above 50 years need to renew their OCI card every time they have their passport renewed.

The Indian government has relaxed the provisions since last year due to the coronavirus pandemic.

The timeline has been extended multiple times so far.

However, this is for the first time that the guidelines have been relaxed for carrying old passports and the new passports along with the OCI cards for overseas Indians.

In May last year, the central government had allowed certain categories of OCI card holders, who were stranded abroad, to come to the country.

Earlier, according to the regulations issued by the Indian government, visas of foreign nationals and OCI cards were suspended as part of the new international travel restrictions following the COVID-19 pandemic.

OCI cardholders were asked to carry their old passport with them to fly to India.

Bhandari said that Ministry of Home Affairs guidelines for OCI card holders to carry old expired foreign passports had been in place since 2005 but till 2019, it was not being thoroughly checked or applied.

Bhandari had previously also requested Indian authorities to initiate measures such as granting emergency visas on departure to help Indian-origin families travel to their homeland for health or other emergencies amid the COVID19 pandemic.

Bhandari, Jaipur Foot USA Chairman, had said that late last year he had written to the Foreign Secretary Harsh Vardhan Shringla, as well as the Civil Aviation Secretary Pradeep Singh Kharola and Home Secretary Ajay Kumar Bhalla outlining some of the hardships faced by Indian-origin families in travelling to India for emergency reasons and suggesting measures that can be taken to ensure smoother travel for these families.

Bhandari had suggested that holders of Indian passport/PIO/OCI card be allowed to travel with their US-born minor children under the age of 14 with any unexpired visa obtained anytime without applying for an emergency visa at consulates.

He added that in case it is difficult to carry out these measures, authorities may consider either granting Emergency Visa on Departure (E-or restoring immediate e-Visa process for approval online.

Last year, Bhandari had also requested extension of the date of renewal of OCI cards till December 31, 2020 such that the Non-Resident Indian/Person of Indian Origin community had enough time to understand the new requirement and renew their OCI cards.

Bhandari also expressed hope that the issue of tourist visas will also be resolved soon.

In October last year, the Indian government had decided to restore with immediate effect the validity of all existing visas, except electronic, tourist and medical category visas. OCI, PIO card holders can visit India, not for tourism Why Aatish Taseer's case must worry us 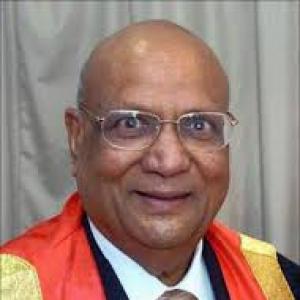 'NRIs investing in India should be given dual citizenship' 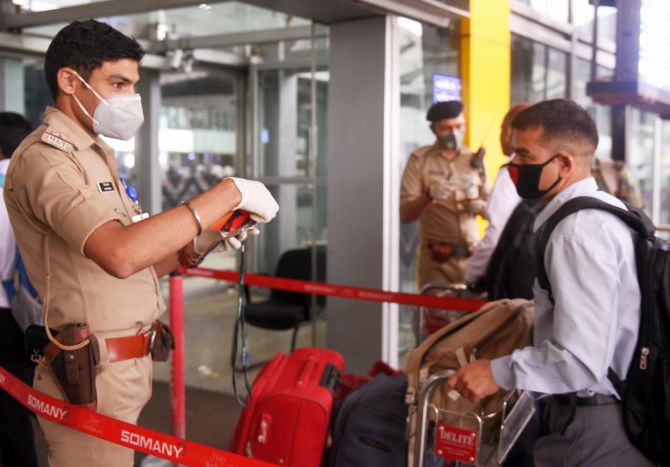