The army will be deployed soon along the Assam-Meghalaya border, as fresh cases of arson were reported from the interior villages of the two states, raising the toll in ethnic clashes to five on Thursday. The army would move in shortly as indefinite curfew was continuing in the affected areas of Resubelpara subdivision in the East Garo Hills in Meghalaya, its Deputy Commissioner Pravin Bakshi said.

Four people have been killed, three on the Meghalaya side and one on the Assam side, as ethnic violence along the border that began on January 1 flared up in pockets. One of them was killed by security forces while he was trying to torch houses at Krishnai in Goalpara district on the Assam side.

The attacks also spread to neighbouring Kamrup district in Assam during the day, where a bus was set ablaze in Mirzakhat village near Bondapara. A Kamrup (rural) police official said that the passengers of the bus, which was travelling from Guwahati to Mancachar in Assam, were asked to alight by a group who then torched it. The two drivers and the helper were missing, he said, adding that one person was arrested.

Torching of houses were reported in Puthimari and Belbari areas on Assam side as well as in remote villages Mendipathar and Bajengdoba areas in Meghalaya, official sources said. Meghalaya Home Minister H D R Lyngdoh left for Resubelpara during the day. Two more companies of Border Secuirty Force and another company of Central Reserve Police Force have been deployed in the border areas, he said.

Two companies of the Meghalaya police were rushed to the areas on Wednesday from Shillong. The CRPF have also been deployed in relief camps where some 3,000 people affected in the flare up are taking shelter. Garo Students Union and Church leaders were holding peace meetings to diffuse the tension. 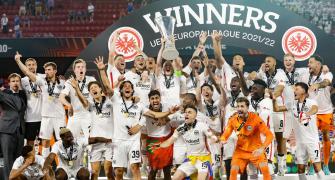 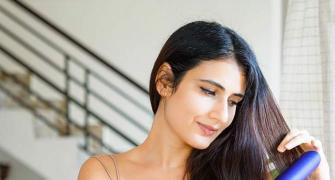 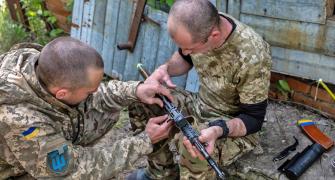