No discussion in BJP on PM candidate, says Munde

The Bharatiya Janata Party had not yet given a thought to who would be its prime ministerial candidate for the next general elections, it said on Saturday.

Senior BJP leader Gopinath Munde told PTI in Panani that there had been no discussion on the issue within the party. He also ruled out the possibility of mid-term polls.

"BJP will decide collectively who would be its (prime ministerial) face," he said, adding that the party had not even decided whether it wanted to project a candidate before the polls.

"It is too early to talk about these things," he said.

"UPA government has not lost its majority. Even if the prime minister has to resign (on coal allocation issue), their majority on the floor of the House will remain intact," he said, adding that BJP was not targeting the prime minister to force early elections.

Talking about the verdict of Naroda-Patiya case, in which a former Minister in Narendra Modi government has been convicted, Munde said it was not a setback for Modi.

"Modi government had filed the case in the court. The court has convicted them. Where is the question of Modi being belittled after the judgement," he said.

The BJP leader said the party's agitation on coal allocation issue would not stop until Prime Minister Manmohan Singh resigns.

"All the three demands should be fulfilled. Mining licences should be cancelled, there should be a judicial inquiry and the prime minister should resign." 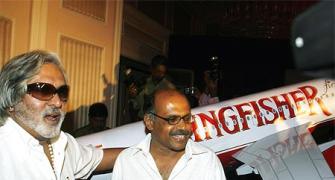