No compromise on nuclear safety: Govt

\The government on Monday said there will be no compromise on nuclear safety or livelihood of any section of society in India's pursuit of atomic power, a statement that comes against the backdrop of anti-nuclear protests in Kudankulam and Jaitapur.

Addressing a joint sitting of Parliament, President Pratibha Patil asserted that the country would more than double its nuclear power generating capacity in the 12th Five Year Plan period from 2012-17.

"My government attaches the highest priority to safety while harnessing nuclear energy, and will not compromise on safety or the livelihood of any section of society in the pursuit of our nuclear energy programme," she said.

Patil's remarks come a day after Japan observed the first anniversary of a massive earthquake and a devastating tsunami that killed several thousands and crippled nuclear power plants in Fukushima.

"After the Fukushima accident in Japan in March 2011, my government ordered technical reviews of all safety systems of nuclear power plants in the country," she said.

The reports of the safety reviews were made public and their recommendations for enhancing safety were being implemented, Patil said. The President noted that the Nuclear Safety Regulatory Authority Bill has been introduced in Parliament.

"The installed capacity of nuclear plants in the country has risen to 4780 MW, and is expected to further increase to 10,080 MW by the end of the 12th Plan," she said.

Anti-nuclear protests broke out at Kudankulam, where two 1000 MW nuclear power plants built with Russian collaboration are in advanced stage of production, in September over safety of the project and its impact on the livelihood of the local population.

The government will persevere in its efforts to increase the expenditure on research and development from one per cent to two per cent of GDP, Patil said noting that public investment in R&D had grown at 20 to 25 per cent each year during the 11th Plan period.

"Government has successfully introduced the Innovation in Science Pursuit for Inspired Research or INSPIRE scheme and more than five lakh science students have been given awards till now," she said.

Patil said a Biotechnology Industry Research Assistance Council was being set up as a not-for-profit company to facilitate the growth of biotech industry to help small and medium enterprises.

"To focus on socio-economic issues of national importance that have linkage with Science and Technology, an Academy for Science Policy Implementation and Research or ASPIRE has been set up," she said.

The President said the Academy of Scientific and Innovative Research has also been set up.

PTI
Source: PTI© Copyright 2021 PTI. All rights reserved. Republication or redistribution of PTI content, including by framing or similar means, is expressly prohibited without the prior written consent.
Related News: Pratibha Patil, ASPIRE, Science and Technology, INSPIRE, Academy for Science Policy Implementation and Research
SHARE THIS STORY
Print this article 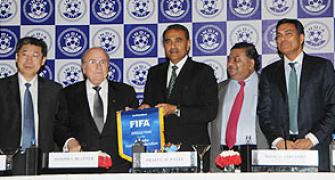 There can't be world football without India: Blatter
Scientists versus govt: The procedural gap widens 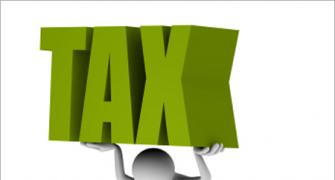 Tax exemption to be hiked to Rs 3 lakhs soon? 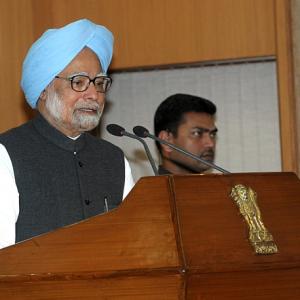 US lawmakers give thumbs up to USAID chief Rajiv Shah