NO compromise on Lokpal Bill: TMC

Hardening its stand on the Lokpal Bill, United Progressive Alliance ally Trinamool Congress on Sunday ruled out any compromise on the Lokayukta provision and said the  government should have faced voting in the Rajya Sabha.

"Trinamool Congress is not going to compromise on the federal structure of the Constitution and amendments put forward by the party have to be accepted," Trinamool Congress general secretary and member of Parliament Mukul Roy told PTI.

He was reacting to yesterday's statement by Home Minister P Chidambaram that Trinamool's demand for total deletion of the Lokayukta provision might not be easy to  meet and that the government might accept one or two of its amendments.

Roy said the manner in which the Rajya Sabha was adjourned sine die without passing the Lokpal Bill did not augur well for democracy.

"The government should have faced the voting," he felt. Roy claimed that MPs from Mamata Banerjee's party had raised objections on the Lokayuta provision of the Lokpal  Bill because there was an understanding with the government that Trinamool Congress' suggestions would be taken care of before the bill was moved in the Rajya Sabha.

"This assurance was not kept. Mamata's voice has found an echo in the opinions expressed by other chief ministers of the country," he said.

Maintaining that Lokpal was not an isolated issue, Roy felt it was not proper to concentrate power in the Centre's hands and the state's rights should be "recognised". He  noted that the Central List, Concurrent List and the State List have clearly defined subjects and there were no grey areas.

Rajya Sabha member Derek O' Brien said the party's stand on Lokpal was consistent and clear and it had become a "national stand". Trinamool Congress and parties like BJP and Left parties had moved amendments for deletion of Part III of the Bill related to appointment of Lokayukta in states. 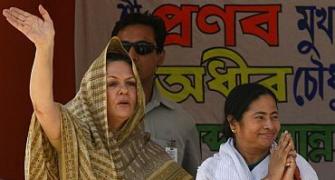 Beginning of the end of Congress-Mamata love-hate relationship
Govt bows before Trinamool; to add some amendments to Lokpal 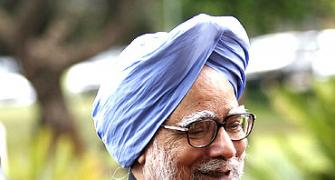