No clean chit to ISI, clarifies US

United States Secretary of State Hillary Clinton has not given clean chit to Pakistan's Inter Services Intelligence over Osama bin Laden's presence in the country, her spokesman said on Saturday.

"I don't think she (Clinton) gave them (ISI) a free chit," State Department spokesman Mark Toner told reporters at his daily news conference when asked if Clinton has given a clean chit to ISI with regard to its links to terrorists.

"We acknowledge that there are difficulties in the relationship, but the bottom line is that this is a relationship that's in our interest and in Pakistan's interest, and so we need to work through these challenges moving forward," he said.

He said that the Secretary of State in her press conference in Islamabad on Friday was appreciative of the government of Pakistan giving US access to the compound of Osama bin Laden.

"The Secretary was clear to say that we're at a pivotal moment in the relationship, certainly with the death of bin Laden, but there's other important aspects of the relationship that are in motion. We've been applying next door in Afghanistan; we've been applying steady pressure on the Taliban. We want to see also, concurrent with that, the Afghan-led reconciliation process move forward," he said," he said.

"So there's clearly a lot on the table here. This is not a time for inaction at all. This is a time for greater action and consolidated effort, I think, is what the Secretary was trying to say," Toner said. 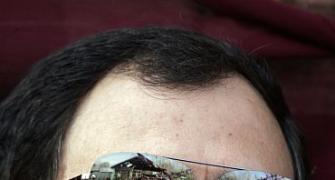