In a rebuttal to state Lokayukta's recommendation for a Central Bureau of Investigation probe against her most trusted and powerful multi-portfolio minister Naseemuddin Siddiqui, Uttar Pradesh Chief Minister Mayawati on Monday sought to point out that the nature of the charges against the minister did not merit such a probe.

Going out of her way to defend Siddiqui, who was facing grave charges of corruption and disproportionate assets, Mayawati claimed that the Lokayukta's demand for a CBI probe did not conform to the provisions of the UP Lokayukta Act.

"Since the charges levelled against Siddiqui did not pertain to his actions as a minister, it was not within the purview of the Lokayukta to initiate any probe against him," said an official spokesman.

Earlier, Siddiqui was accused of amassing wealth far beyond his known and legitimate sources of income, undervalue of properties acquired by him and his immediate family members and money laundering via benami trusts and organisations floated by him.

Siddiqui , who began as minister for Public Works, Excise and Irrigation, was gradually entruste with portfolio after portfolio including Industries, Housing, Urban Development, Health among others.

Asked to comment on the chief minister's stand against his move, Lokayukta Justice N K Mehrotra said, "I will now write to the Governor for further action in the matter." 10 days, 10 ministers sacked: Maya behenji out on image makeover
'No Trinamool link to killing of 2 CPI-M leaders'
UP minister apologises for remark against Lokayukta Blue sky is the limit for Mamata Banerjee's Kolkata 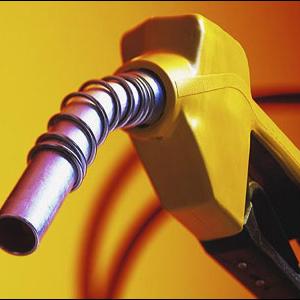 Petrol, diesel prices may go up after polls