No case of the new coronavirus variant B.1.1.529 has been detected at the Delhi airport among passengers transiting or coming from 'at-risk' countries, the laboratory tasked with conducting the tests said on Friday. 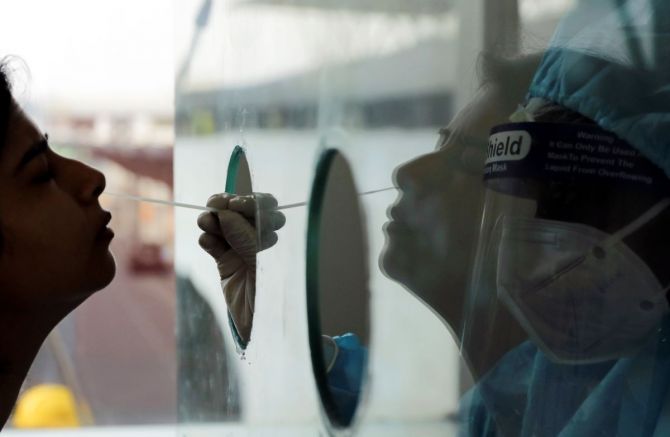 The Centre had on Thursday asked all states and union territories to conduct rigorous screening and testing of all international travellers coming from or transiting through South Africa, Hong Kong and Botswana, where the B.1.1.529 variant has been detected.

Various countries such as Britain, Germany, Singapore, Israel, France and Italy have restricted air travel from southern Africa where the new coronavirus variant, which causes serious health implications, has been reported.

The Union health ministry said on Friday the countries in Europe, including the United Kingdom, and South Africa, Brazil, Bangladesh, Botswana, China, Mauritius, New Zealand, Zimbabwe, Singapore, Hong Kong and Israel have been put in the 'at-risk' category.

Passengers coming from 'at-risk' countries have to give their samples at the airport for RT-PCR testing, according to the Union health ministry's rules.

'In keeping with the requirements of the Health Ministry, Genetrsings Diagnostic Centre continues to rigorously test all incoming passengers from or transiting through the 'at-risk' countries,' its founder Gauri Agarwal said in a statement.

There is no significant surge in the number of passengers being tested, but the coordination with the Indian SARS-CoV-2 Consortium on Genomics continues, she mentioned.

'We are in constant touch with them for the genomic sequence of the samples tested at the airport and trace whether it belongs to the mutated strain,' Agarwal noted.

While B.1.1.529 was expected to be named 'Nu', the World Health Organisation (WHO) named it 'Omicron' on Friday.

The Delhi airport facility was equipped to even test above 15,000 samples daily and there has been no case of the B.1.1.529 variant at the facility so far, Agarwal said.

"We are also coordinating with the authorities for our other airport-based facilities at Srinagar and Mohali; we have not come across any case of the new variant there as well," she noted.

Genestrings Diagnostic Centre has faced similar challenges earlier as well and the experience is helping the laboratory to live up to the expectations, she said.

Meanwhile, India on Friday announced that scheduled international passenger flights will resume from December 15 after 20 months of coronavirus-induced suspension.

According to the Centre's decision on Friday, airlines will be allowed to operate 50 per cent of their pre-Covid scheduled passenger flights between India and South Africa, Hong Kong and Botswana from December 15.

The latest variant is the most heavily mutated version discovered so far.

First identified in South Africa at the start of this week, the strain has already spread to neighbouring countries, including Botswana, where it has been reportedly detected in fully vaccinated people.

The new variant has been red-flagged by scientists over an alarmingly high number of spike mutations that might make the virus more resistant to vaccines, increase its transmissibility and lead to more severe COVID-19 symptoms. 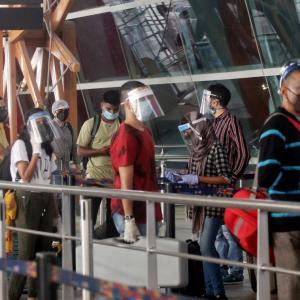 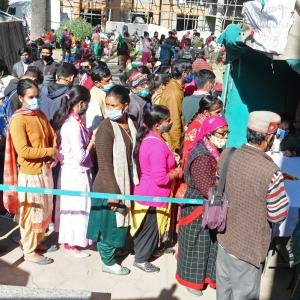