Vikas Yadav, serving life term along with cousin Vishal in the Nitish Katara murder case, was granted custodial parole for a day by the Delhi High Court on Tuesday to execute a general power of attorney in favour of his mother.

A bench of justices S Ravindra Bhat and Pratibha Rani granted a day's custodial parole to Yadav, brushing aside his plea for bail for four days.

The bench asked Yadav's lawyer to inform the jail authorities as well as the public prosecutor about the date on which he intends to execute the document.

"Vikas Yadav is permitted to be released in custody parole for a day. The jail superintendent is directed to ensure that the applicant (Yadav) returns to jail on the same day after executing the document," the bench said.

Public Prosecutor Dayan Krishnan opposed Yadav's plea for four-day parole, saying the convict has failed to make it clear why he needed four days to execute a single document. It can be done in a day, he said.

Yadav's lawyer, senior advocate Vikas Pahwa, however, submitted to the bench that his client has to execute the document at Ghaziabad.

"By any reason, if it cannot be done the same day, it can be done the next day, for which he needed more than a day," the counsel said.

"If the work cannot be done on the same day, you are at liberty to approach the court again," the bench said while declining his plea for four days custody parole.

The court granted parole to Vikas Yadav, rejecting an objection by slain youth Nitish Katara's mother Neelam Katara to allow her son's killer to go to Ghaziabad to execute the document.

The document could be executed in Delhi itself as he has properties here, she said, adding he should not be allowed to do his work in Ghaziabad.

Yadav, in his bail petition, claimed that his personal presence is required for preparation and execution of GPA appointing his mother as the lawful attorney to manage and control the property purchased jointly by him and his mother.

According to the petition, in 1992 they had bought a property in Vasant Vihar and Ghaziabad and that his mother was facing difficulty in controlling the property without GPA.

Yadav had earlier sought interim bail for a week's period ahead of the festival season on the ground that there was a delay in hearing of his appeal by the high court. However, the court had refused to entertain the plea.

Vikas and Vishal had kidnapped Nitish Katara, an MBA graduate and son of an IAS officer, on the intervening night of Feb 16-17, 2002, from a marriage party at Ghaziabad and later killed him.

Vikas was opposed to his sister Bharti's intimacy with Katara.

In June 2008, Vikas and Vishal Yadav were convicted by the trial court for the killing and sentenced to life imprisonment. 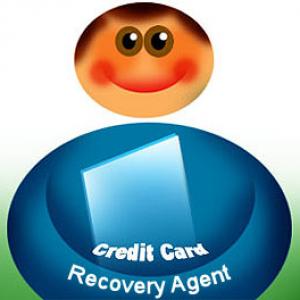 Want to file a case against recovery agents? Here are 5 tips