Source: PTI
January 13, 2011 16:09 IST
The National Investigation Agency on Thursday filed a chargesheet in the December 2007 Wagamon Students Islamic Movement of India arms training camp case, naming 30 accused, who are involved in various terrorists cases in the country, including the Ahmedabad serial blasts case of 2008.

The camp was conducted with an intention to train the participants to advocate, incite and abet unlawful terror activities, disrupt communal harmony and cause threat to the sovereignty and integrity of the country, thereby waging war against lawfully established government of India, the NIA stated in the chargesheet filed before the Central Bureau of Investigation's Special Court Judge S Vijay Kumar.

All the 30 have already been accused in the 2008 Gujarat serial blasts case. Twenty nine of them were arrested and are lodged in Sabarmati Central Jail, Ahmedabad, while one accused is absconding.

Though there is no adequate prosecutable evidence against the seven other accused, who are absconding, the NIA has decided to conduct further investigations against them. Investigations have revealed that around November 2007, office bearers and functionaries of SIMI entered into a criminal conspiracy in Choral, Indore in Madhya Pradesh and other places to conduct training camps for their active cadres.

Accordingly, they have conducted camps at Karnataka, Madhya Pradesh and Gujarat. From December 10, 2007, they organised a secret training camp at Thangalpara in Wagamon within the limits of Munakayam police station in Kottayam.

Oral evidence gathered from witnesses and documentary evidence collected during the investigation established that in the camp the accused were engaged in physical training, arms training, firing practice, manufacture of petrol bombs, motor bike racing and rope climbing.

Forensic evidence collected from the scene of the crime confirmed that explosives were used in the camp. Similarly, training on preparing of petrol bombs and its use could be established from the crime scene and subsequent forensic examinations. In the camp, classes on 'Jihad in India' were also held.

Of the 30 accused, who are all active cadres of SIMI, four are from Kerala, 9 from Karnataka, 10 from Gujarat, 8 from Madhya Pradesh, 2 from Jharkhand, 3 from Uttar Pradesh and one from Maharashtra.

The accused's previous and subsequent conduct such as their involvement in the Ahmedabad serial blasts established that they also conspired to incite communal feelings and thereby create communal disharmony and feelings of enmity between different religious communities, causing threat to the integrity of the country, said the chargesheet.

The FIR was registered against 30 SIMI activists in Mundakayam police station. The case was initially investigated by local police officers and later the crime branch, Kottayam, took up the investigation. The Union home ministry directed the NIA on December 24, 2009 to investigate the case.

Source: PTI© Copyright 2022 PTI. All rights reserved. Republication or redistribution of PTI content, including by framing or similar means, is expressly prohibited without the prior written consent.
Related News: SIMI, Madhya Pradesh, Mohammed Ansar Kerala, NIA, Central Bureau of Investigation's Special Court Judge
Print this article
RSS and SIMI are both fundamentalist, says Rahul
Why the Maoists are joining hands with SIMI
Samjhauta blasts: Aseemanand NOT the mastermind

The SIMI I founded was completely different 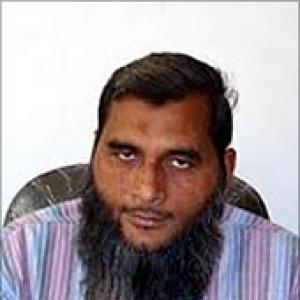