Senior British diplomat James Bevan has been appointed as that country's High Commissioner to India and will succeed Sir Richard Stagg.

Bevan, who will take up his appointment in November 2011, has studied Social Anthropology at Sussex University before joining the Foreign Office in 1982 and has served in a number of bilateral and multilateral missions overseas.

He has worked on a wide range of political, security, economic, development and other issues, a release from the UK High Commission said in New Delhi on Monday.

In his previous job as the Foreign and Commonwealth Office's Chief Operating Officer he led the FCO's modernisation programme and supervised its global operations, migration and consular work.

"I am honoured and delighted to have been appointed Her Majesty's High Commissioner to India. The UK and India have a strong and deep relationship, many shared interests, and close ties between our peoples.

"Our two countries are committed to building an enhanced and forward-looking partnership for the 21st Century. I look forward to playing my part in that," Bevan said on his appointment.

He is married to Janet Purdie, an English teacher and have three daughters. 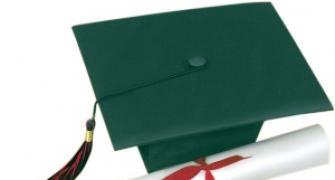