The Centre on Tuesday said there may not be a need to vaccinate the country's entire population against COVID-19 if a critical mass of people are given a shot to break the chain of virus transmission, and made it clear it had never spoken about inoculating everyone. 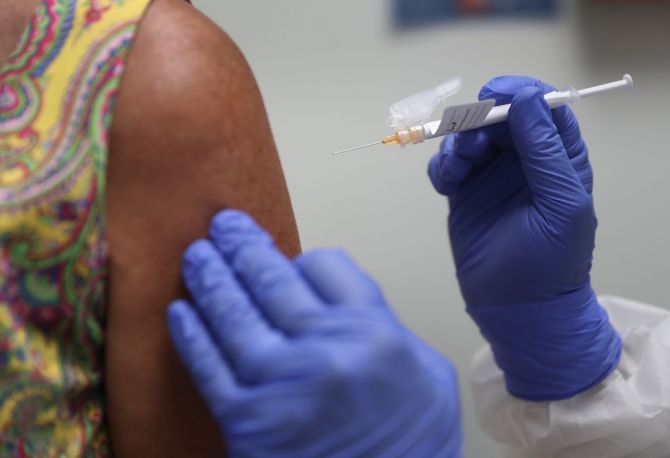 The Centre also asserted that an ''adverse event'' allegedly suffered by a participant in the clinical trial of Oxford-AstraZeneca COVID-19 vaccine by the Serum Institute of India will not impact in any manner the timeline for its rollout. Also, it said the initial findings of a probe into the event did not necessitate halting of the trials of the vaccine.

As Indian Council of Medical Research Director General Dr. Balram Bhargava spoke at a news briefing about the purpose of the COVID vaccine drive, Union Health Secretary Rajesh Bhushan made it clear there was never a talk about inoculating the whole population of the country with the vaccine.

"I just want to make this clear that the government has never spoken about vaccinating the entire country. It's important that we discuss such scientific issues, based on factual information only and then analyse it," said Bhushan.

Responding to a question, Bhargava said the purpose of the COVID vaccine drive would be to break the chain of virus transmission.

He said the role of masks is also vitally important and that will continue even after the vaccination.

“Because we are starting with a small group of population at a time and therefore masks will be protective and continue to be used so as to help in breaking the chain of viral transmission.”

The total COVID-19 cases mounted to 94,62,809 with 31,118 new infections, while the death toll climbed to 1,37,621 after 482 more fatalities were reported, according to the Union Health ministry data updated at 8 am. New infections due to COVID-19 have started to decline steadily since the first week of October.

Asked to comment on the alleged adverse event during the SII trial in Chennai, Bhushan said it was being reviewed by the Drugs Controller General of India to ascertain if there is any casual link between the episode and the shot administered to the volunteer.

Last week, a 40-year-old man, who was a volunteer in the third phase of the vaccine trial in Chennai, claimed to have suffered serious neurological and psychological symptoms after taking the experimental shot and has sued the SII along with others and sought compensation of Rs 5 crore, besides seeking a halt to the trial.

The SII has rejected the charge as "malicious and misconceived" and said it will seek damages in excess of Rs 100 crore.

The Pune-based vaccine manufacturer on Tuesday said the vaccine is safe and immunogenic.

"We would want to assure everyone that the vaccine won't be released for mass use unless it is proven immunogenic, and safe," it said in a blogpost.

"The concerned authorities were informed and the principal investigator, DSMB(Data Safety and Monitoring Board) and the Ethics Committee independently cleared and reckoned it as a non-related issue to the vaccine trial.

"Post which, we submitted all the reports and data related to the incident to the DCGI (Drugs Controller General of India). It is only after we cleared all the required processes that we continued with the trials," it added.

The SII said all the requisite regulatory and ethical processes and guidelines were followed diligently and strictly.

Bhushan said due processes about reporting the adverse event have been followed.

“The adverse event will not affect the timelines in any manner, whatsoever."

Union health minister Harsh Vardhan had earlier said a COVID-19 vaccine is likely to be available by the first quarter of 2021.

Bhargava said adverse events do occur with drugs or vaccines or any other health intervention.

"That casual link, whether it has to be ascertained or refuted, has to be done by the DCGI and all the papers in connection to all five parameters have been submitted to him accordingly for review," he said.

Stating it is done purely on a scientific basis and the assessment is done with a very objectively-based criteria, Bhargava said "initial casuality assessment findings did not necessitate a stoppage of these trials".

Bhushan further stressed that countering disinformation around vaccine was not just the responsibility of the Union and state governments but also of the media and vaccine manufacturers.

He further said the Union Health ministry would shortly come out with a guidance document that will address the issues around vaccine safety.

Bhushan also elaborated on the procedures that are followed in case of an adverse event during a clinical trial.

Whenever a clinical trial starts the subjects are required to sign a prior informed consent form which tells the subject about the possible adverse events that may happen during the trial. Without the signature, a subject cannot participate in a clinical trial, he said citing one such procedure.

Asked if the government has decided on whether those having antibodies or one who have had COVID-19 would be inoculated or not, Bhushan said one of the mandates of the National expert group on Vaccine Administration is also to see whether or not people who are to be vaccinated should be tested for antibodies.

"No final decision has been taken in this regard." However, this issue is being discussed in the scientific community and amongst countries, he added. 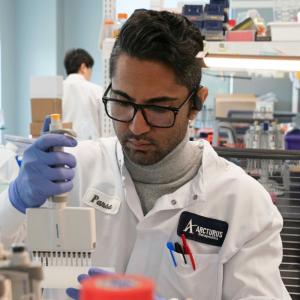