A 40-year-old man who took part in the 'Covidshield' vaccine trial in Chennai has alleged serious side effects, including a virtual neurological breakdown and impairment of cognitive functions and has sought Rs 5 crore compensation in a legal notice to Serum Institute and others, besides seeking a halt to the trial. 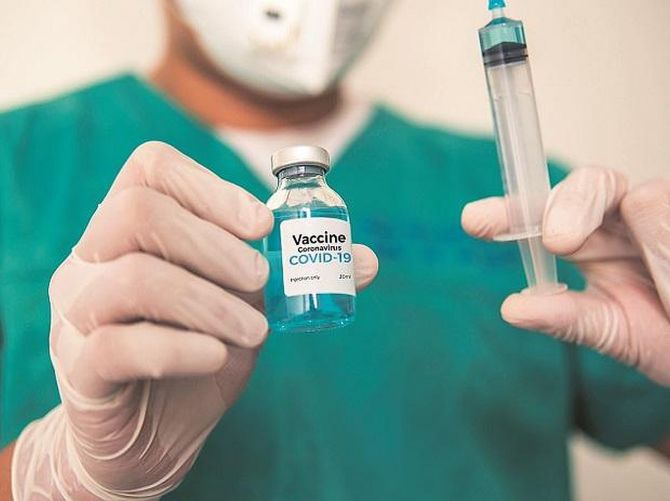 Alleging that the candidate vaccine was not safe, he has also sought cancelling approval for its testing, 'manufacture and distribution', failing which legal action would be taken.

The legal notice has been sent to Pune based Serum Institute of India, which has collaborated with Oxford University and Astra Zeneca, a pharmaceutial company, in connection with making of the vaccine, 'Covidshield.'

The Indian Council of Medical Research, one of the sponsors besides SII, and Sri Ramachandra Institute of Higher Education and Research, which administered the vaccine to the man, have been served with the notice.

Rejecting the charge, Serum Institute of India said it will seek damages in excess of Rs 100 crore for "malicious" allegations.

The volunteer is falsely laying the blame for his medical problems on the COVID vaccine trial, it added.

"The claim is malicious because the volunteer was specifically informed by the medical team that the complications he suffered were independent of the vaccine trial he underwent. In-spite of specifically being made aware of the same, he still chose to go public and malign the reputation of the company," Serum Institute said.

It is evident that the intention behind the spreading of such malicious information is an oblique pecuniary motive, it added.

"The Serum Institute of India, will seek damages in excess of (Rs) 100 crore for the same and will defend such malicious claims," the statement said.

The man, it alleged, suffered acute encephalopathy, damage or disease that affects the brain, following vaccination and all tests confirmed that the setback in his health was due to the test vaccine.

The trauma he underwent after taking it 'cleary proves' that the vaccine was not safe as made out to be and all the stakeholders were trying to hide the adverse effect that the vaccine has had on him, the notice claimed.

An electroencephalogram (EEG) test showed that the brain was affected partially (dysfunction involving both hemispheres and the ascending sensory pathways on both sides from both the lower extremities).

A pyschiatric evaluation revealed mild deficit in verbal and visual memory functions and an under functioning in overall cognitive functions, it said.

"He has gone through extreme sufferings, both neurologically and psychologically. The vaccine had led to a virtual neurological breakdown in him."

The notice said it is impossible to "quantify monetarily, the sufferings, trauma, pain and humiliation (of hands, legs and body being tied and fastened firmly to the bed), which he and his family have undergone and are likely to undergo for a long time to come".

When contacted, a spokesperson for Ramachandra said,"we also have got the notice," but declined to elaborate.

According to the legal notice, the information provided in the 'Participant Information Sheet (PIS)' was absolutely certain that Covishield, the vaccine developed by Oxford University, is safe and the man was hence led to believe it.

Hence, he decided to become a volunteer and signed the informed consent on September 29 and the test result for antibodies against coronavirus turned negative the same day.

On October 1, he was administered the vaccine.

Though there was no side effects for the first 10 days, he subsequently had episodes like severe headache and vomitting.

A doctor suggested investigations like a CT-scan as the man was oblivious of what was happening around him and could not respond to questions.

Detailing the sequence of events since October 11 when he was admitted to the Ramachandra Hospital and as narrated by the man's wife, the notice said he showed behavioural changes.

He could neither recognise anyone nor speak and was totally disoriented and was shifted to the ICU and was on October 26, "discharged at our (family's) request."

At home, he seemed quite disoriented at times and was unable to relate to things or work.

But on the other hand, there was a clear assertion of the safety nature of the test vaccine in the PIS which made him to become a volunteer, the notice said.

Dr Samiran Panda, who heads the Epidemiology and Communicable Diseases division of the ICMR, said the causal link, if any, of the serious adverse events with the investigational product is objectively assessed in any clinical trial following a pre-defined scientific pathway and within a stipulated period.

"Any hurried inquiry or inference is prone to be wrong. Both the institutional ethics committee and the DCGI are investigating the causal links, if any, between the adverse events and investigational product, which is an anti-coronavirus vaccine," Panda said.

The legal notice has also been addressed to the Drugs Controller General of India, Professor Andrew Pollard, chief investigator, Oxford vaccine trial, The Jenner Institute Laboratories of the University of Oxford and Astra Zeneca UK.

"For all the trauma he is undergoing and with an uncertain future in his health, he should be given a financial compensation of Rs 5 crore within a period of two weeks," the notice said.

Though he suffered severe adverse reaction to the vaccine, the stakeholders failed to follow any of the guidelines mandated by World Health Organisation, it said.

The notice also said the testing, manufacturing and the distribution of the vaccine should be stopped immediately failing which the man would have no other option except to take legal action against all the parties concerned.

The Drugs Controller General of India and the institutional ethics committee at the implementationsiteare investigating if the adverse event as claimed to have been suffered by a COVID-19 vaccine trial participant are related to the shot administered to him.

Source: PTI  -  Edited By: Hemant Waje© Copyright 2021 PTI. All rights reserved. Republication or redistribution of PTI content, including by framing or similar means, is expressly prohibited without the prior written consent.
Related News: Jenner Institute Laboratories of the University of Oxford, Drugs Controller General of India, PIS, Serum Institute of India, Astra Zeneca UK
SHARE THIS STORY
Print this article 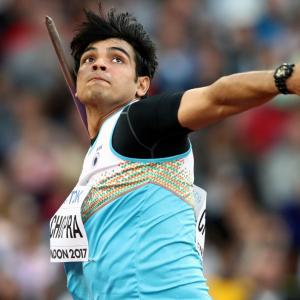