National Commission for Women chairperson Rekha Sharma has stirred up a controversy with her comment that there is a 'rise in love-jihad cases' in Maharashtra, drawing the ire of netizens, politicians and activists who demanded her resignation for giving credence to such a term. 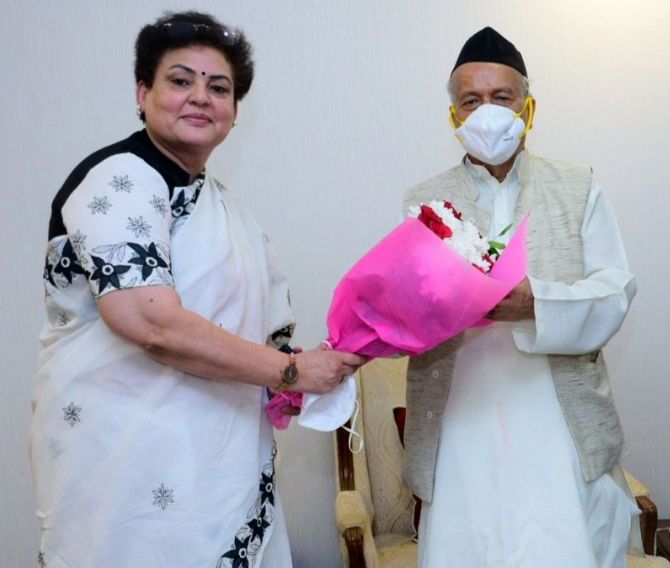 Sharma had on Tuesday met Maharashtra governor Bhagat Singh Koshyari to discuss women safety-related issues in the state, including the alleged rising cases of love jihad in the state.

Her comments drew flak people who termed it "unbecoming of her position".

No immediate response was available from Sharma but people close to her said she raised with the governor the case of one inter-religion marriage in Maharashtra which was facing issues and she had even then clarified to him that she is not against inter-faith marriages.

Soon after her comments on love-jihad, netizens dug out her old tweets in which she allegedly made controversial remarks against women and politicians.

The tweets are dated before she became the NCW chairperson.

"I have protected my tweets since last evening after receiving a message from Twitter that suspicious activity was detected on my account. My profile was also blocked for a while by Twitter," Sharma tweeted.

"...I have reached out to the platform to investigate some unauthorized tweets made from my account. The investigations are on and I hope some resolution can be found," she said in another tweet.

The government had told parliament that the term "love jihad" is not defined under existing laws and no case has been reported by any central agency.

The term is often used by right wing groups for defining inter-faith marriages.

She was criticised by netizens, women rights activists and political parties who termed her tweets "foul, contemptible and cheap".

"How can a woman with a foul, contemptible and anti-feminist mindset preside over an institution established to protect the rights of women? We demand the removal of Rekha Sharma from the post of chairman of NCW with immediate effect," Atishi said.

Ragini Nayak, a Congress spokesperson, tweeted, "Every second this vile, sexist, venom spewing @sharmarekha spends as chairperson of @NCWIndia is a fresh assault on the integrity and dignity of women in this country. Only Modi ji could have entrusted such a misogynist with protection of women's rights #SackRekhaSharma".

"Why hide your cheap and misogynistic tweets now @sharmarekha? The BJP government should hang its head in shame. The rapists supporting govt also endorses a misogynist as the head of the @NCWIndia. Under BJP, India truly has become no country for women. #SackRekhaSharma," the Indian Youth Congress tweeted.

"Hey @sharmarekha - what on earth is a "love jehad" case? Any case in which a Muslim man and Hindu woman are in love? How dare you remain in your chair as @NCWIndia chief & use a term that a) treats women as property of communities b) hates Muslims? You bring shame to NCW," Krishnan tweeted.

Renowned lawyer Karuna Nundy said this shows that the government does not care about women rights.

Netizens on Twitter demanded the resignation of Sharma, using the hashtag #sackrekhasharma. 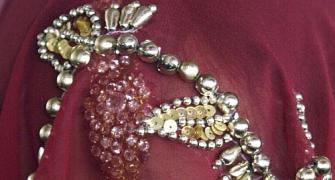 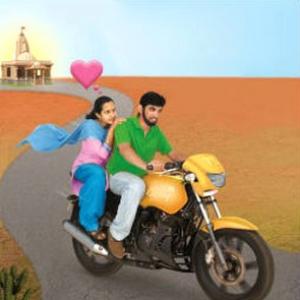 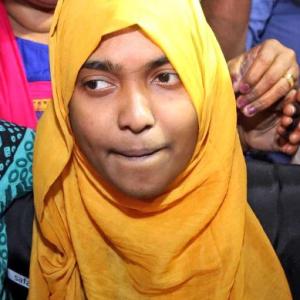