In its first press meet ever since the second phase of the budget session began in the Parliament a few days ago, Team Anna on Thursday laid out how it plans to exert pressure for a strong and independent Jan Lokpal Bill.

Team Anna claims to have been contacted by C Edmond Allen, a US citizen and a former business partner of Abhishek Verma, who is also the main accused in the Navy war room leak case and was jailed in Tihar for two years.

The team claims that Edmond sent them bundles of documents, also adding that they cannot fully verify the authenticity of them.

"The documents point out that there have been kickbacks and huge money laundering in several defence deals," Team Anna member Arvind Kejriwal said. "And if one looks at these documents, it appears that the allegations made by Army General V K Singh were not just true, but an understatement of what's been happening," he added.

"These documents are evidence that there are unofficially-declared government agents, and anybody who wants to get work a deal with the government goes through them," Kejriwal accused.

Specifically, the documents first talks about a $100 million anti-dumping duty imposed on Israel-based ECI Telecom by the Union commerce ministry in December, 2010. A PTI report confirming the action was published on December 26, 2010.

By an agreement signed in February 2011, ECI Telecom hired Ganton Ltd, Edmond being its global head, and Ganton India, a 100 percent subsidiary of Ganton Ltd. headed by Abhishek Verma to remove the custom duties fine levied by the government. The agreement promised to pay Ganton Ltd. $1 million if it succeeded in the deletion of the fine.

The documents further reveal an email dated December 17 2011, sent out by Abhishek Verma to Zeev, an ECI Telecom official, boasting that the prime minister and the foreign minister had been 'consulted'.

The mail says that Foreign Minister S M Krishna would be visiting Israel to review bi-lateral ties between the two countries. And as the email puts it, "Krishna will submit the report in favour of stronger ties with Israel and he will also recommend anti-dumping duty roll back."

Highlighting the incident, Kejriwal asked, "Are our prime minister and foreign minister fixed?"

"It seems that there are middlemen, who carry out the work for money," he said.

Team Anna claims that Edmond had been writing to the Central Bureau of Investigation and the Enforcement Directorate with all these documents they have now in possession; but there was no action against Abhishek Verma by these authorities.

"The CBI and ED who should have jumped on these documents, and investigated them, are busy saving and protecting him," he said. "And hence, we demand for a strong Jan Lokpal bill."

"This would have been thoroughly investigated had there been a strong Jan Lokpal Bill that would have allowed the CBI to work independently," Kejriwal said.

In another example of glaring money laundering in defence deals, the team targeted Abhishek Verma yet again and alleged that he took kickbacks and a had a role to play in the withdrawal of an order blacklisting Zurich-based Rheinmetall Air Defense AG.

In a show-cause notice dated February 4, 2011, Rheinmetall Air Defense was blacklisted over its involvement in the multi-crore ordnance factory scam, were it was alleged that the company had paid huge kickbacks to the employees.

And even though Rheinmetall denied any involvement, Team Anna and Kejriwal released documents saying that $530,000 worth consultancy services were paid to Ganton Ltd in January 2011, to have its name removed from the blacklist.

There is however enough skepticism about the credibility of Edmond himself, since he was a former business partner of Abhishek Verma, and still owes him money.

On the credibility of the documents, senior lawyer and Team Anna member Prashant Bhushan said, "Some of these documents are clearly authentic."

Team Anna is also considering taking the legal way and going to the court with the documents.

"After the Bofors scam, the government had pledged that no middleman will be allowed in defence dealings," Bhushan cited.

"He (Abhishek Verma) is a known crook, and if the government cannot take action against him, then we are seriously considering going to the court," Bhushan said. 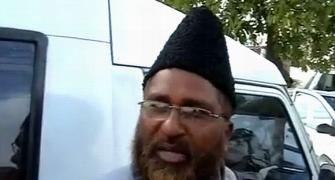 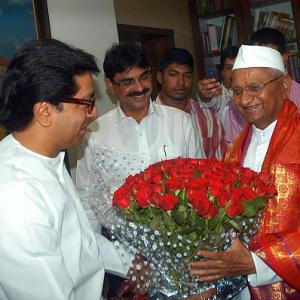