Delhi health minister Satyendar Jain on Friday said there were 197 cases of black fungus or mucormycosis in hospitals across Delhi till Wednesday night, including non-residents who have come to the city for treatment. The minister also said many inoculation centres for the 18-44 age group are being shut in Delhi from Friday as the city has run out of vaccine for this category.

"Delhi had exhausted its Covaxin stock many days ago. Covishield doses, too, have been consumed. Many centres are being shut today," Jain said.

"There were 197 cases of black fungus across all hospitals in Delhi till Wednesday night. These included patients who have come from other states for treatment," he told reporters.

Jain said there is an acute shortage of Amphotericin-B injections used in the treatment of black fungus in the entire country. The Centre is likely to provide 2,000 injections to Delhi, which will then be given to hospitals.

He cautioned COVID-19 patients against taking steroids without doctor's advice.

"This is very dangerous. A patient's immunity becomes zero when he/she takes steroids. Black fungus, which is found in soil or decaying matter inside homes, doesn't affect healthy people. Chances of infection are more in those with low immunity," he said.

People who have been on steroids should take care of these things. They should exercise caution, not get out of home or meet people for at least a week, the minister said.

It is better to take precautions because black fungus is hard to cure, Jain added.

Chief Minister Arvind Kejriwal had on Thursday said the Delhi government will declare black fungus an epidemic if need arises.

The Union health ministry has urged states and union territories to make black fungus or mucormycosis a notifiable disease under the Epidemic Diseases Act, 1897, stating that the infection is leading to prolonged morbidity and mortality among COVID-19 patients.

Jain also said that fortunately not many children became seriously ill due to coronavirus.

"The Delhi government will share data on children in some days," he said.

"It is being said that the third wave of coronavirus will affect children in large numbers. We are making preparations for it," he added. 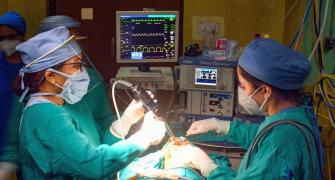 90 people died of black fungus in Maha so far: Govt 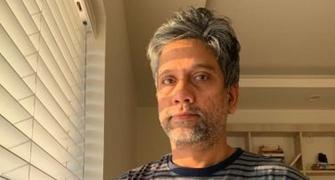