Nearly 20 opposition MPs, including five each from the Congress and the Samajwadi Party, were not present in Rajya Sabha during voting on the contentious triple talaq bill, sources said. 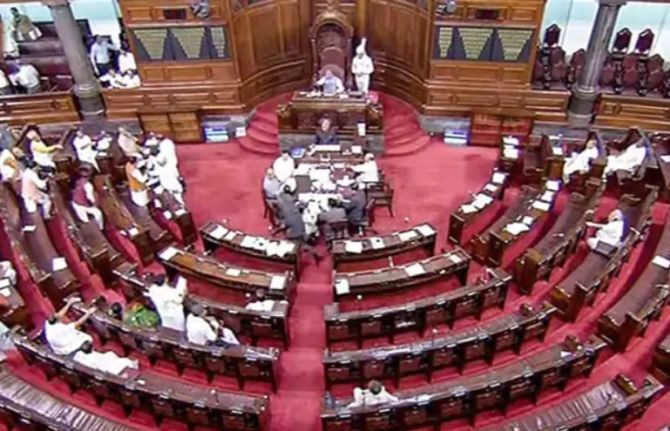 The Congress MPs in the upper house may now have to give an explanation to the party as it had issued a whip to ensure the presence of all its members during voting on the bill.

The ruling dispensation got the 'The Muslim Women (Protection of Rights on Marriage) Bill, 2019', passed in Rajya Sabha with 99 members voting in favour and 84 against it.

Sources said that the opposition could have managed to get the nod to send the bill to a Select Committee of the house if its MPs were present in the House.

The five Congress MPs who were absent are Vivek Tankha, Pratap Singh Bajwa, Mukut Mithi and Ranjib Biswal, besides Sanjay Sinh, who earlier in the day resigned from the party.

Besides, Congress and SP members who were absent, senior Nationalist Congress Party leaders Sharad Pawar and Praful Patel and one member each of the Trinamool Congress, the Dravida Munnetra Kazhagam, the Indian Union Muslim League and the Kerala Congress were also missing during voting in the house.

Another prominent member who was not present during the voting was KTS Tulsi, who is a nominated member but was against the bill.

Besides MPs of opposition parties not present, abstention by the All India Anna Dravida Munnetra Kazhagam, the Bahujan Samaj Party and the Telangana Rashtra Samithi also helped the government get its legislation through in the upper house where the ruling party does not enjoy a majority.