The Centre on Thursday rejected Tamil Nadu Chief Minister J Jayalalithaa's charge that non-Congress ruled states were discriminated against at the National Development Council meet and said that no leader should make political capital at such events.

"The prime minister showed a gesture by giving an opportunity to her to speak first, immediately after his speech, though her turn was to come much later. The time allotted to each chief minister is precisely 10 minutes," said Minister of State for Parliamentary Affairs Rajiv Shukla.

He reasoned that since there was a long list of speakers, including 35 chief ministers, the deputy chairman of the Planning Commission, the finance minister and the agriculture minister, the time allocated to each had been fixed.

"The same arrangement has been made for chief ministers of Congress and non-Congress ruled states. The buzzer is being pressed even for the Congress chief ministers. So where is the discrimination? The leaders should not make political capital out of such events," Shukla said.

The minister maintained that the NDC meeting should be used by the chief ministers to achieve something for the people of their state instead of "making an issue out of a non-issue".

Jayalalithaa created a stir when she abruptly walked out of the NDC meeting, alleging that she was not given enough time to speak as she is not the chief minister of a Congress ruled state.

Shukla said it is not appropriate for a leader of Jayalalithaa's stature to walk out of the NDC meet.

"Jayalalithaa even said during her speech that the rest of the written speech may be considered as read," he said. 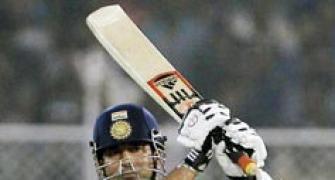