The National Democratic Alliance is now comfortably placed in the Rajya Sabha after the biennial election as the Bharatiya Janata Party's strong numbers in the assemblies and defection from the Opposition resulted in the saffron party having 86 seats in the House and the Congress merely 41. 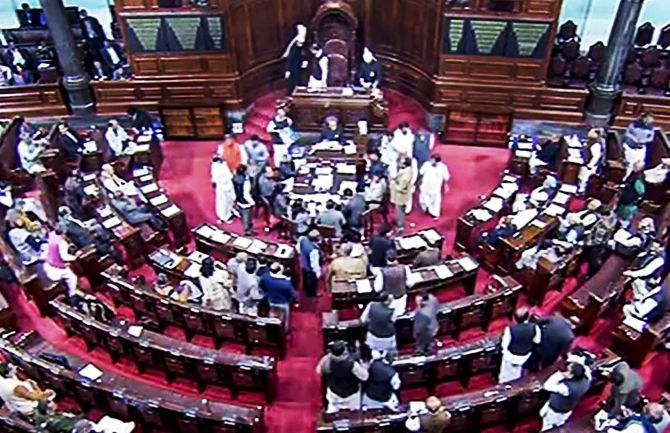 The BJP-led NDA now has nearly 100 members in the 245-member House.

If the support of friendly parties like the All India Anna Dravida Munnetra Kazhagam (9), Biju Janata Dal (9), Yuvajana Shramika Rythu Congress Party (6), and several allied nominated members and smaller parties is counted, then the Modi government is unlikely to face any serious numerical challenge there.

The BJP has relied on its strength in the assemblies coupled with defection from other parties, especially the Congress, to boost its strength in the House, where its numerical disadvantage often hindered the Modi government's legislative agenda in its first term.

The Election Commission had announced biennial polls to 61 seats, including 55 in March, but the process was delayed due to the novel coronavirus pandemic.

With 42 members elected unopposed earlier, the BJP won eight, Congress and the YSR Congress four each and others three of the 19 seats that went to polls on Friday.

The BJP won a couple of more seats than it could have on the strength of its numbers because of defection from several Congress legislators in Madhya Pradesh and Gujarat.

The crumbling strength of the Opposition, whose key pillars include the Congress, TMC and the Left, has been evident since last year after Prime Minister Narendra Modi led the BJP to its biggest ever victory as it bagged 303 seats in Lok Sabha election.

It prompted a host of defections from the Opposition, including Rajya Sabha members of the Congress, Telugu Desam Party and the Samajwadi Party, to the BJP, and many non-NDA regional parties chose to back the government in Parliament on crucial issues.

The Congress has accused the BJP of horse-trading, alleging that it had engineered defections from its ranks for political gains.

The government managed big support in Parliament to its resolution to nullify Article 370 and key bills like the bifurcation of the erstwhile state of Jammu and Kashmir into Union territories and criminal prosecution for instant divorce by Muslim men.

The contentious Citizenship (Amendment) Bill was also passed in both the Houses.

Out of the 61 new members, 43 are first-timers, which include BJP's Jyotiraditya Scindia and Mallikarjun Kharge of the Congress.

Both have been members of Lok Sabha, but lost in elections in 2019.

The legislative agenda of the Modi government in its first term was often hampered in Parliament due to the Opposition's numerical superiority in the Upper House, and the Congress had more numbers than the BJP in first few years.

However, the BJP's impressive gains in the assembly elections, coupled with the Congress losing power in several states, resulted in slow but steady rise in the government's numbers in the House.

Though the below-par show of the BJP in state selections since 2018 has also meant that its goal of gaining a majority on its own in the Rajya Sabha remains far from being achieved. 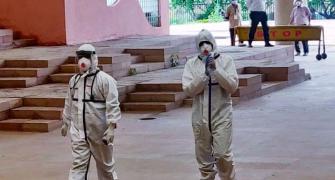 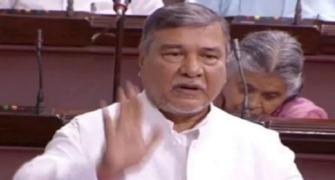 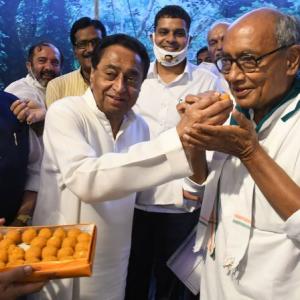