The job of searching out and destroying enemy submarines in the waters off India's coast will now fall to the navy's new fleet of Boeing P-8I aircraft. 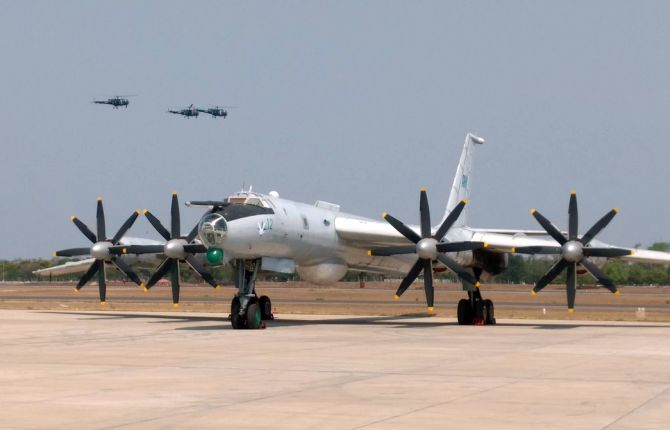 IMAGE: The size of half a football field, the TU-142M was the Soviet Union's answer to America's Polaris during the Cold War. Photograph: DPR/Twitter

The Indian Navy's workhorse long-range maritime patrol aircraft TU 142M, which played a key role in operations including the Indian Peace Keeping Force mission in Sri Lanka, was on Wednesday de-inducted after 29 years of accident-free service.

The Russian-made aircraft was bid adieu by the navy including its Chief Admiral Sunil Lanba at a ceremony at INS Rajali in Arakkonam, about 90 km from Chennai.

The de-induction marked the end of Tupolev 142M's illustrious career with the navy.

Tupolev-142M fleet is being replaced by 12 P-8I maritime surveillance aircraft of Boeing which are equipped with harpoon anti-ship missiles, lightweight torpedoes, rockets and new generation sensors and radars.

TU 142M was inducted in the Navy at Dabolim in Goa in 1998 from Russia. It shifted base to INS Rajali in 1992 and took part in several naval exercises and operations.

"TU 142M stands as a proud symbol of pride and might," he said, adding the de-induction ceremony was an emotional moment for the personnel involved with it.

He said P-8I with its modern technology including sensors and radars will be a "force multiplier."

The navy chief said the outgoing TU142M "has always inspired respect and admiration."

Tracing its journey, he recalled it was inducted in the Indian Navy in the late 80s and had empowered the force with "unprecedented long range maritime reconnaissance, anti-submarine warfare capability."

"At the time of their induction, their speed and endurance were among the best in the world. These qualities gave them considerable tactical advantage in the air. Till date they have served with distinction," Admiral Lanba said.

Besides the IPKF operations, it also played a "crucial role" in Operation Cactus in Maldives in 1988 where fleeing mercenaries were detected and tracked by the aircraft before they were apprehended by Navy ships, he recalled.

Even in this month's TROPEX 2017 exercise, the ageing squadron had "performed admirably" where they had put in 53 hours of flight, Lanba said. 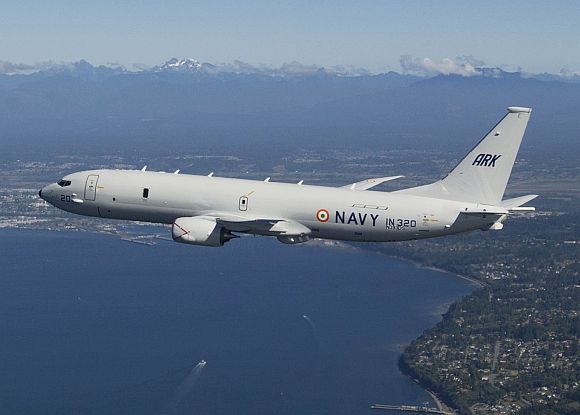 IMAGE: The role of Tu-142 will now be taken on by the newly inducted P-8I aircraft. Photograph: Kind Courtesy Boeing

On the new fleet of P8-I Boeing, the navy chief said eight of the total 12 "state-of-the-art" aircraft have already been inducted while the rest will join the force in coming years.

"P8-I Boeing is a long range anti submarine warfare aircraft. It is a modern aircraft, but more importantly it has modern sensors and systems in it in the form of radars, electronics and weapons. There is quantum change in the technology" (compared to TU142M), he said.

"It is best in the world at the moment. We are the (one of the) first two navies to induct it simultaneously with the US. We have been operating it for three years. It is a force multiplier and a great capability enhancement in the navy," Lanba added.

The aircraft has been "fully integrated into navy's operations and was the "most potent anti submarine platforms that the Indian Navy possesses today," he added.

A special Postal Cover was released to mark the occasion while a plaque, containing the names of all the Commanding Officers of the station, and the various aircraft, was unveiled by Lanba. 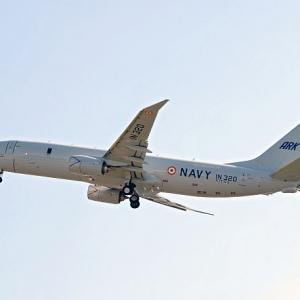 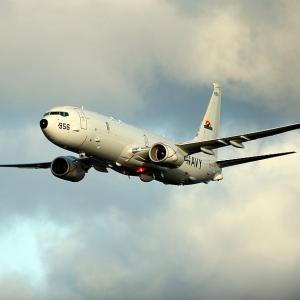