Ousted President Mohamed Nasheed's Maldivian Democratic Party on Monday ruled out any participation in the new unity government but offered to join conditional talks with the new President to end the political crisis.

In a statement, the MDP has made it clear that the party will not participate in the National Unification Government, which was formed under new President Mohamed Waheed Hassan.

The MDP said that it can join the reconciliation talks to end the political crisis in the country if six members of the new government, who allegedly participated in ousting Nasheed on February 7, were dropped.

The statement also said that being the largest single party, the MDP decided to help the nation on resolving the political crisis by dialogue.

Meanwhile, Maldives Prosecutor General Ahmed Muizzu has said that legally a body can investigate the matter of Nasheed's resignation, as the former President claims that he was forced to do so unduly and inappropriately.

"According to Article 121 (A) of the Constitution, if the position of the President becomes vacant due to any reason, his deputy would have to step in and fulfill the vacancy, and become the new President," Muizzu said in a statement. 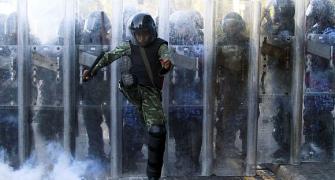 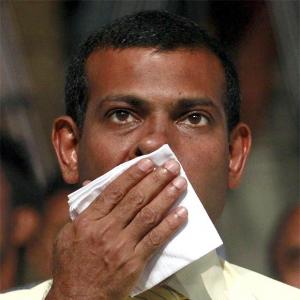 'Problems in Maldives a WARNING for Muslim nations'