Nasheed seeks US support for free and fair polls

Former Maldivian president Mohammed Nasheed has sought a "robust" US support for free and fair elections in his country that has been hit by political crisis following a regime change.

He also expressed shock at the pace at which the Obama administration had recognised the new regime after the February 7 "coup".

"We want a free and fair election. We want your government to back that. We were shocked to see that the United States government was so quick in recognising the new government," Nasheed said during an appearance on a popular US television show hosted by David Letterman.

"We hope that they (US) would more robustly assist us in trying to get the elections done there," he added.

Nasheed, who was Maldives' first democratically elected president in 2008, insisted his resignation last month was due to a coup by supporters of former strongman Maumoon Abdul Gayoom.

Nasheed is in the US for the premiere of the documentary 'The Island President', which focusses on his efforts to tackle issues of climate change and through which Nasheed seeks to draw the world's attention to the dangers rising sea levels pose for his country.

In his talk with Letterman on Wednesday, Nasheed, dressed in a crisp black and white suit, said that the American people are not telling their leaders "enough about climate change.

He said Maldives faces great risks from the rising sea levels, which could submerge the archipelago if immediate steps are not taken to tackle the problem.

"We will be talking about evacuation in seven years if this is not solved...What happens to Maldives will eventually happen everywhere," he said pointing out that Manhattan too is an island and could face the same risk from rising water levels as Maldives.

"The science is very sorted. If we are unable to do something during the next seven years, we will be in serious trouble," Nasheed said. 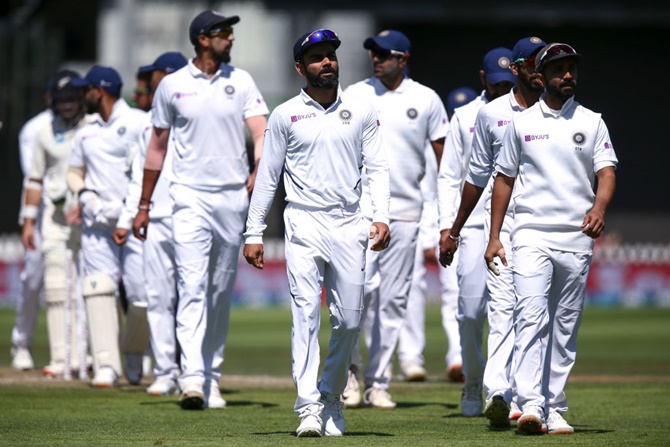